The Spanish racing legend with a hillclimb Mini 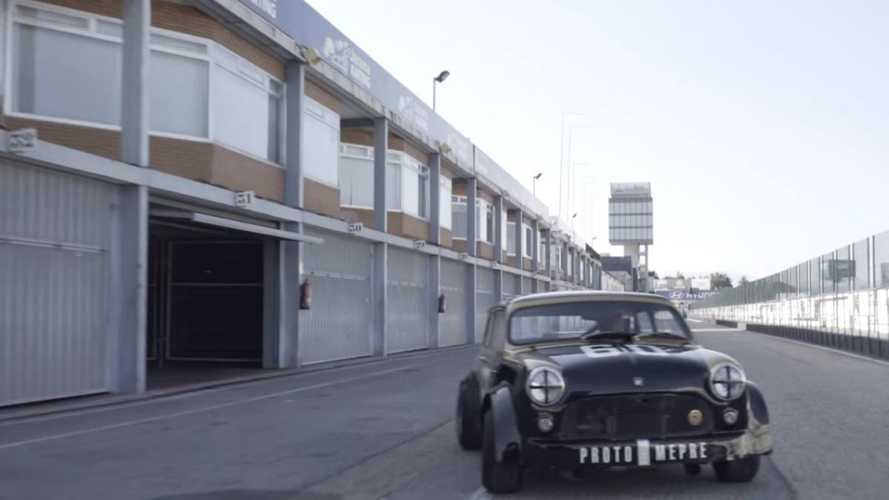 Antonio Albacete has won more titles than Fernando Alonso, and he now focuses on his personal modified motorsport Mini

Antonio Albacete is one of Spain’s greatest ever racing drivers. He won three European Truck Racing titles, and in his own country he won titles in touring cars, Formula Ford, Formula Renault and Ford Fiestas. His prodigious speed was likely handed down to him by his father, another successful racing driver and highly skilled engineer.

Albacete Sr became famous for his Minis, which he mostly hillclimbed but also took to circuits in his home country. He won several championships, and ended up making cars for the South American market. His motorsport success didn’t come about with the support of a big team though, just a van to bring his Mini in and the assistance of his family. His son remembers taking the Mini out of the van at night so they had somewhere to sleep.

After spells with Chrysler and BMW, Albacete Sr switched focus to his son’s racing career, but the passion was still there for the Mini, which he’d built himself. He’d sold it, and its new owner was entering it in rallies in the north. The separation between man and machine couldn’t last forever, and about five years ago the Albacete family bought it back.

The car was built in 1973, after Albacete Sr saw a Mini in England and was inspired, believing the small car to be perfect for racing purposes. He lowered the roof of the Mini he bought, gave the windscreen more rake, changed the mechanical geometry at the front to make it more accessible and saved weight by replacing the doors and rear bonnet with aluminium. After that, it was widened and lowered.

YouTube channel Petrolicious featured the car in a recent video, and chatted with Antonio Albacete about the modified hillclimb creation.

‘It’ sometimes like a go-kart,’ is Albacete’s description of how it drives. ‘It’s very stiff, it’s got a lot of grip, and it’s like a toy, you can play with it. Also, it’s not easy to drive, with this slip diff; which can be hard when on the steering, on the brakes and hard when on the power. But for the '70s it was a fantastic car for sure.’

Albacete has been approached to enter historic racing with the Mini, but he fears that may required modifications like a new rollcage or seats, something he is unwilling to do. But for as much as he wants to keep the car as it is, there’s no doubt it was a moving laboratory.

‘My father put several engines and several mechanics in the car. It had a 1000cc engine with 9000 revs [per minute], then another engine with an inlet at the front, and the last one is this engine, a 1275cc unit with bigger pistons and dual Weber carburettors. I will keep it [the car] in the family until I die for sure.’ After that, he hopes his own son will take on the might of the hillclimbing Mini.