How to buy a special Land Rover from Yorkshire's secret stockpile 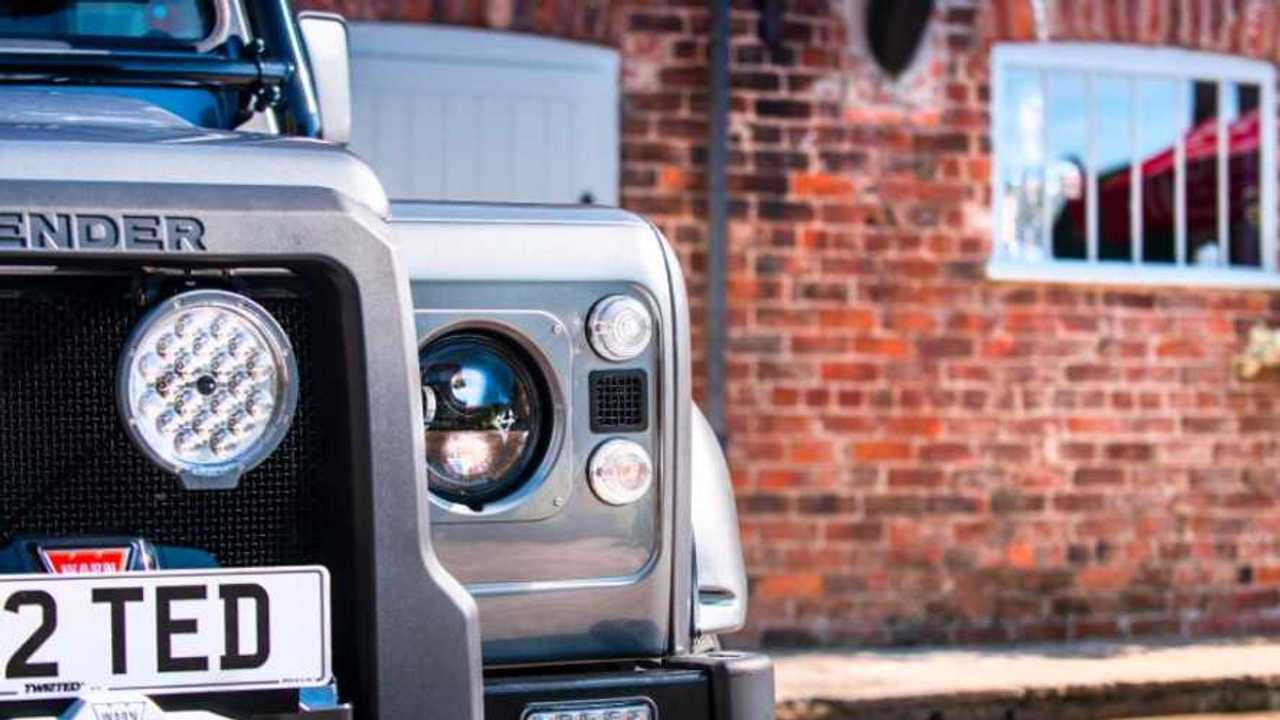 Located deep within Yorkshire, Twisted Automotive has 80 new Land Rover Defenders hitting the market soon. But they won’t be in standard form…

For petrolheads of a certain nature, the world stop spinning on January 29, 2016. Between the political digest and smattering of global news that damp winter morning, a broadcast from deep within Solihull, Birmingham shot emotion through all Land Rover enthusiasts. The final Defender had rolled off the production line. A global icon, and the ultimate 4x4, had succumb to EU regulations. Britain’s humble workhorse was dead.

Since then, the world has gone crazy for low-mileage or nearly-new Defenders, last-of-the-line examples trading hands for eye-watering amounts of money. The final model, which was number 2,016,933 produced, will forever be owned by Jaguar Land Rover as a marker for the ground-breaking 4x4 that boasted 68 production years. However, there is one way in which you can still buy a brand-new example, courtesy of Twisted Automotive….

To most Land Rover purists, Twisted is the work of Satan. Whisking a Land Rover away into its warehouse, engineers inject the unassuming Defender with lashings of extra horsepower and copious amounts of aggressive street credit. Then again, these purists usually enjoy shooting defenceless animals and mounting their head above the fireplace.

Those who appreciate the Bungalow-shaped Defender but prefer to engage in outrageous adrenaline and performance, Twisted remains a godsend. Unlike peddlers of half-arsed examples charging the earth, tuning-house Twisted do it properly – allowing you to buy a Defender with grunt and panache; on a new license plate.

Foreseeing an opportunity to keep the Land Rover fraternity fed with new examples, the Yorkshire-based company spent a whopping £7.5 million on the last 240 Defenders available for public purchase. Don’t think it’s an industrial mechanised-level operation on an industrialised scale, however. Twisted is based outside Thirsk in an industrial estate – employing 30 people.

These 30 people are experts in their field and have been drip-feeding tuned examples to a marque-hungry market over the last two and a half years, using up 160 of Twisted’s stockpile. And of the 80 that remain? Well, the Yorkshire answer to Vin Diesel’s workshop has only just warmed up…

There are three new ‘plans’ in the works, two of which focus on crafting new specimens for the road. ‘Remake History’ will see 44 Defenders modified into a high specification edition paying homage to the original Land Rover, starting three years to the day since bigwigs at JLR brought the axe down on the age-old production line – January 29, 2019.

The final 36 vehicles will enter the ‘Make History’ line, built to an incredibly high standard and available only to existing Twisted clientele towards the end of 2019, just before the all-new Defender breaches all that we love about the old model. Finally, ‘Rework’ will see existing Defenders from the Twisted stable restored or re-worked into something new.

So, fancy getting your mitts on one of the last ever Defenders but with a performance edge? Visit the Twisted Automotive website for more information.