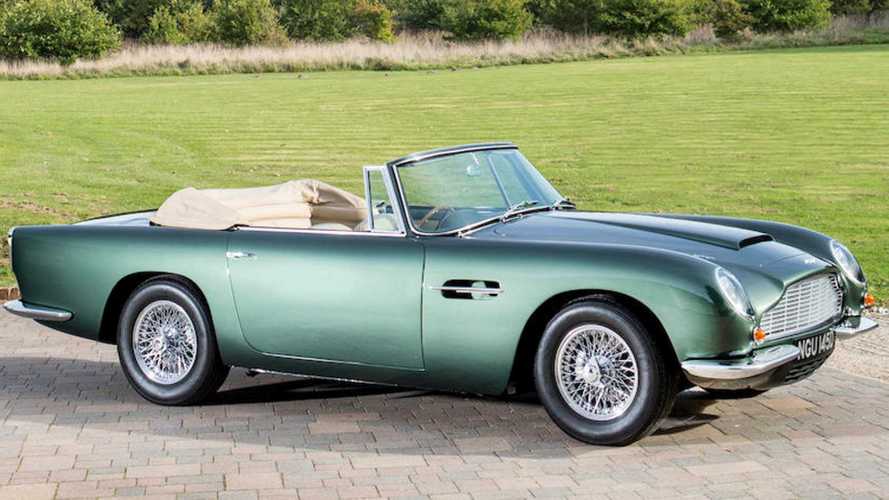 Bonhams is selling Aston Martin DB6 Volante short chassis No.6 in a beautiful green shade. Just 37 of these rare examples were built

Aston Martin was going through a rough time as the DB6 entered production, but with the high quality of the ‘DB’ series already being well proven, the brand’s (and Great Britain's) financial difficulties had no impact on the standard of its cars. What made the DB6 different is that it abandoned part of its ‘DB’ heritage, dumping the Superleggera body structure for a conventional steel fabrication, but maintaining the aluminium body panels.

The wheelbase was longer than the DB5, meaning the windscreen, roofline and rear quarter windows had to be redesigned. Open front lights made a reappearance but the major change was at the rear, where a Kamm-style tail with spoiler nested, improving the car’s aerodynamics. At the front sat an enlarged six-cylinder engine, with a power output of 282bhp thanks to triple SU carburettors. There was a ZF five-speed gearbox, and optional power-assisted steering, something on this car?

Volante, the name applied to convertible Aston Martins, had never been used until this car, and after 37 of them were made, Aston switched to an even longer wheelbase, meaning it easily fitted four seats. Those in the rear also didn’t have to worry about pulling up the hood, as it was electrically operated.

The car being sold, chassis no. DBVC/2306/R and registered NGU 145D, was completed in March 1966 and originally had a platinum finish with a black interior trim and matching Everflex hood. Its first owner was 'Messrs Granville Restaurant' of Enfield, which had it registered as '7 KC'. Over the next two decades it passed through several buyers, before joining William Loughran’s private collection, where it was maintained in-house. At one time it was converted to automatic transmission, but has since been turned back, and the only non-original parts listed are chrome wheels, a Motorola radio, and a power-operated aerial.

Loughran parted with the car for seven years before repurchasing it, then repeated the process again in 2014 for one year. During this time it had a full engine rebuild, and converted to its current 4.2L specification by marque specialists Post Vintage for nearly £50,000. Over two decades earlier it had an interior re-trim, and there are records of MoTs since 1987. Loughran finally let go of the car for good two years ago, and the current vendor is selling it (potentially back to Loughran) with the original cylinder block before the engine was enlarged, a reprint of the DB6 Volante Instruction Book, a current V5C document, and copies of old V5s. In the last 31 years it has covered less than 1000 miles!