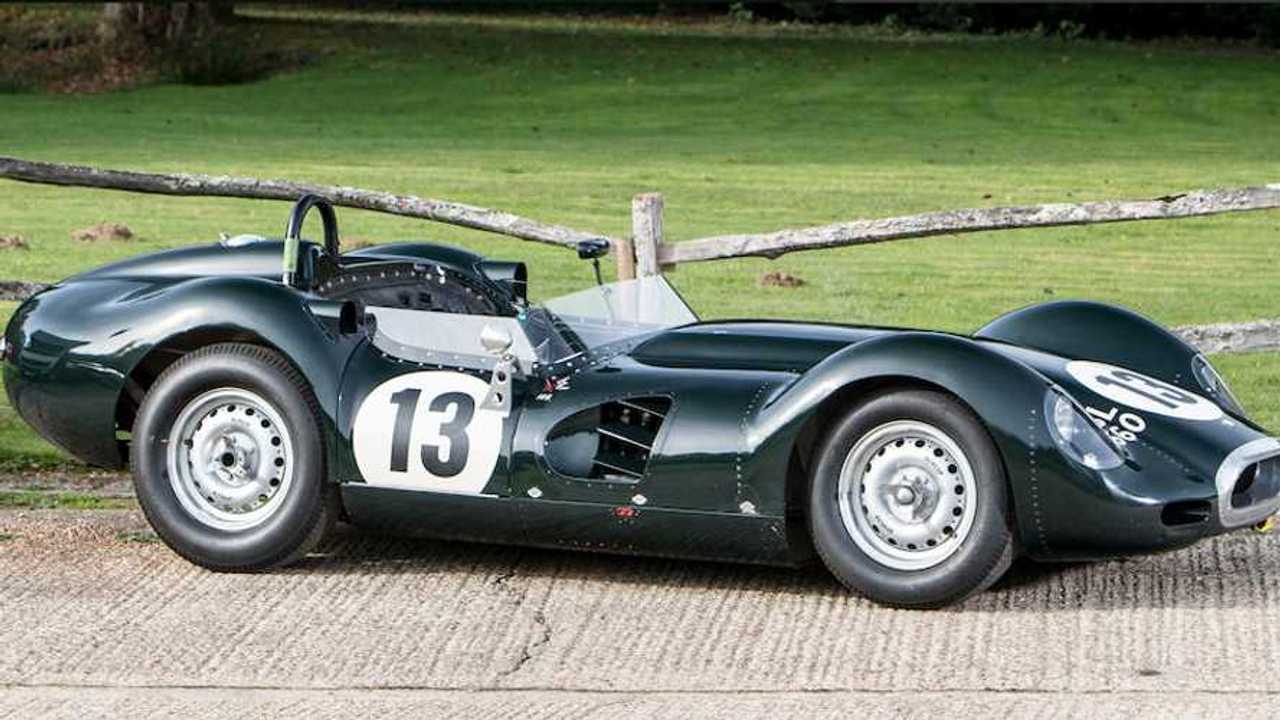 Be still our beating heart. One of the most successful cars in historic racing is to be sold during Bonhams' Bond Street sale - a 1959 Lister-Jaguar ‘Knobbly’ 3.8-litre

It’s a seldom found opportunity when individual cars that have been hugely successful on the track appear at auction, with serious collectors exchanging eye-watering amounts of money for such vehicles privately. However, Bonhams are to present this 1959 Lister-Jaguar ‘Knobbly’ 3.8-litre sports-racing two-seater, a winner of 29 races from 1958-’63, during the December 1 Bond Street Sale.

Chassis no. BHL 103, registered as NBL 660, has been extremely well documented, and the sale is accompanied by spares (including the original chassis frame) so it can continue its racing career. As well as racing regularly at Goodwood in period, it has appeared there since in historics, and also competed in the 2002 Le Mans Classic. It’s tasted further success with Shaun Lynn, and every time it races it aims to add to its period tally of 43 podiums.

In 1959, the chassis of the car was replaced. The original wasn’t lost though, built into another Lister-Jaguar before being added to this sale. There is also a spare engine, a set of original Weber DCO carburettors and multiple suspension, mechanical and sheet metal parts. This car’s pedigree has been known for some time, with a 1980 book called ‘Powered by Jaguar’ looking at the history of it.

It started with the sale of the car to Peter Whitehead, a Le Mans 24 Hours and Formula 1 winner, who had it assembled at his own garage. He used a first-series Williams & Pritchard body with rounded front wings, distinctive for the large cooling vents either side of the bonnet. After driving it he replaced the steering for a Jaguar rack-and-pinion set, but the geometry reportedly ended up making the car go in the wrong directions.

In September 1958 Whitehead died in a Jaguar 3.4 in the Tour de France, and the ‘Knobbly’ was sold to Derek Wilkinson, for John Bekaert to drive, after a test day at Snetterton.

The car had originally come with a 3.0L engine, and Wilkinson purchased the Jaguar-prepared 3.8L unit. It was down on horsepower compared to the factory cars, but with mechanic Jim Abbott’s expertise it was more than enough to perform well. The car raced from club level to internationally. Midway through 1959 it crashed heavily at Aintree, prompting the chassis change.

It was sold to Bill de Selincourt, a frequent Goodwood winner, in 1961, and then sold again to Allan Deacon, who replaced the engine with a 7.0L Ford Galaxie V8 unit. It changed hands several times, moving back to original specification, and was entered for historic racing in the 1970s with the 3.8L engine. The next few decades it stayed in Germany, and competed in racing events like the Oldtimer Grand Prix.

Lynn purchased it in the 2000s, and made sure it was restored to a winning condition. In 2010 he then bought back the original chassis. It’s being sold with both chassis, and in the same specification as it appeared at the Goodwood 75th Members’ Meeting last year, with Dario Franchitti driving.