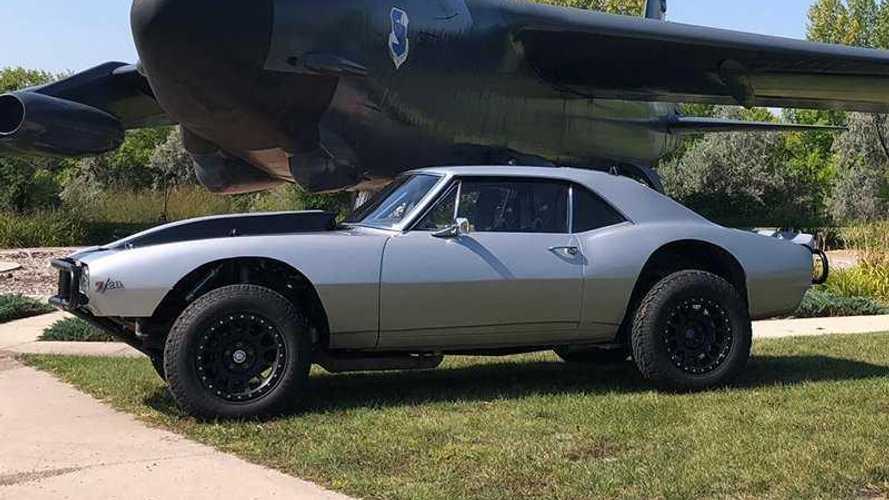 Hoping to unleash your inner Dom Toretto or Roman Pearce? This pair of Chevy Camaros from the fourth and seventh instalments of Fast and Furious is what you need

Known for some of the most extreme (and absurd) car stunts the cinematic universe has to offer, the Fast and Furious franchise has offered up hundreds of modified classics during its 17 year lifespan to date.

Two very different Chevrolet Camaro muscle cars which appeared in the fourth and seventh instalments of the F&F franchise are now being auctioned by Live Auctioneers, with one built with some unconventional off-roading in mind and the other a more typically modified example.

For those who don’t want to spend $100,000 on a one-way ticket to instant death, the on-road specs might be of interest. Packing an LS3 V8 with 530bhp, the custom chassis is equipped with off-road shocks, some chunky General tires, a full roll-cage and bucket seats and even a front bullbar.

It seems this Camaro’s off-road credentials aren’t just for show – though with no evidence that four-wheel-drive has replaced power being directed only to the rear wheels, perhaps it’ll be best to avoid the muddy stuff.

Despite being a newer car than its seventh instalment stablemate, the ‘F-Bomb’ 1972 Camaro briefly driven by the franchise’s lead character Dom Toretto (Vin Diesel) in Fast and Furious 4, having stolen it from a henchman to run over a different henchman in the film, is distinctly lacking the sheen of its older sibling.

Fitted with a 5.7-litre V8 connected to a V-Gate shifter (which is surprisingly only a four-speed, despite Fast and Furious drivers typically averaging 27 gear changes per minute), there’s also a full roll cage and stunt seats equipped in case you decide to take up a life of running from the law. There’s even black alloys already fitted for extra inconspicuousness.

If you’re tempted to grab a piece of automotive cinematic history, there’s four days to go in both auctions at time of publishing. Just don’t try to recreate the same stunts as the driver, or else you won’t be enjoying them for very long.