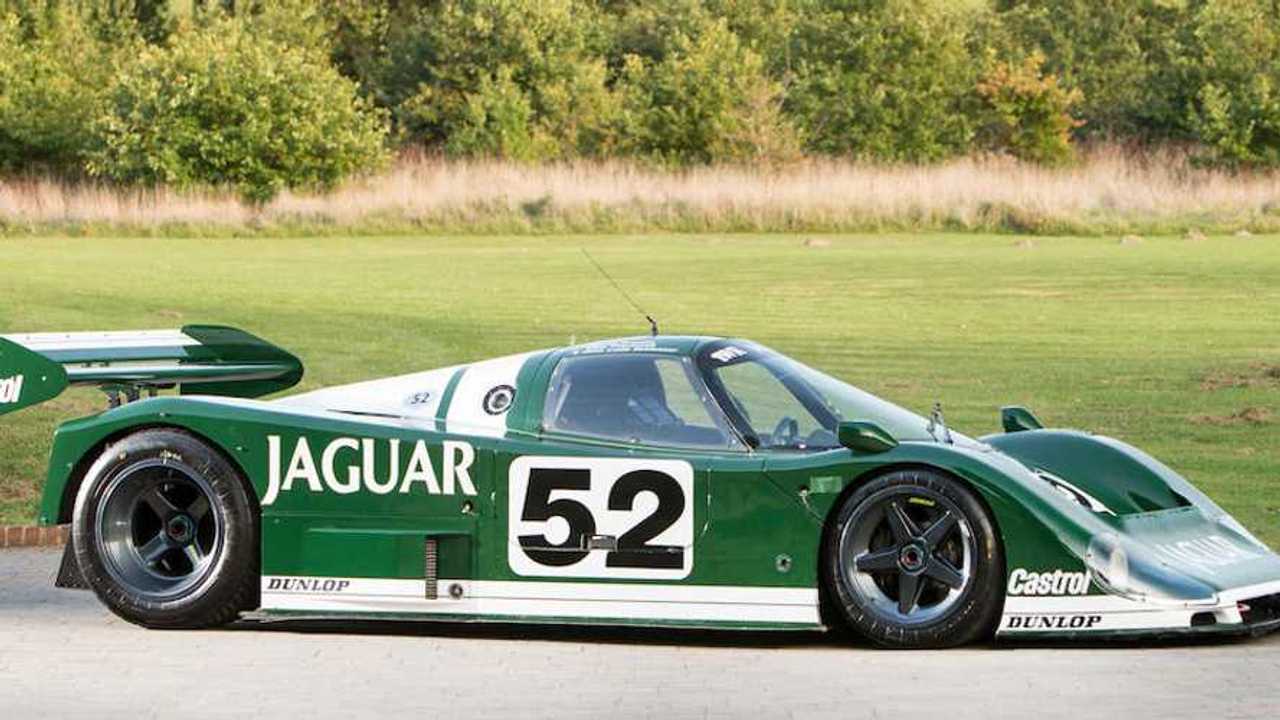 Changes in the sports car racing landscape of the 1980s meant changing needs of the cars involved, and endurance titans had to refocus their engineering so cars would be suited for 24 hour races and three hour sprints. This Jaguar XJR-6 Group C prototype, being sold at Bonhams’ December 1 Bond Street Sale, was built with the former in mind, but ended up still being successful in the latter.

The XJR-6 was built in batches of three, and this chassis is one of the first built. It is also the first Group C car designed by the legendary Tony Southgate, and made its track debut as a quasi-works car with Tom Walkinshaw Racing at the end of the 1985 World Endurance Championship season.

The long straights of Circuit de la Sarthe, host circuit of the Le Mans 24 Hours, meant this car was designed with a V12 engine, initially a 6.2-litre unit and then an enlarged 6.5-litre. This 745bhp monster was engineered by Alan Scott. It ran in Jaguar-branded British Racing Green, and was raced by Martin Brundle, Hans Heyer, Jean-Louis Schlesser, Jan Lammers, Steve Soper and Mike Thackwell. The car finished third on its race debut, remarkably getting quicker throughout despite brake issues.

Group C prototypes were heavily aero dependant, and the XJR-6 had a streamlined shape, with bodywork formed from a mix of composite, Kevlar and GRP materials, and a tail wing and underbody from carbonfibre. The underside of the car was also aerodynamic, enhanced by venturi ground-effect tunnels, which are banned in modern racing.

In the car’s second WEC race it retired early, and engine issues struck on home soil at Brands Hatch. The final WEC race took place in Malaysia, and chassis ‘285’ did well before a tyre blowout. For the shorter races, becoming more commonplace in sports car racing, the XJR-6 ran a double element rear wing, as well as alloy plates on the gearbox tail casing and tapered wing edges and slots. It ran on sand-cast one-piece five-spoke magnesium wheels, with the rear set being two inches larger in diameter than the front.

After 1985 the first three XJR-6s were used for testing, and ‘285’ was then sold on to marque collector Campbell Brown. At the 1999 Goodwood Festival of Speed it was auctioned by Bonhams, after Brundle had driven it up the famous hillclimb, it returned to circuit racing with new owner David Coplower and Martin Stretton. They made several appearances over the next three years, and the car was passed on to John Pearson Jr, who demonstrated it at the 2007 Silverstone Classic, celebrating Group C’s 25th anniversary.

One person who really wanted to celebrate Group C was its current vendor, who had tried buying a car from Tom Walkinshaw at Le Mans in 1989, and finally got his dream vehicle two decades later. Included in the sale are documentation files that include TWR team paperwork with original set-up notes, race and test data.