Brabus 300 SL is a Monaco car with a Monaco pricetag 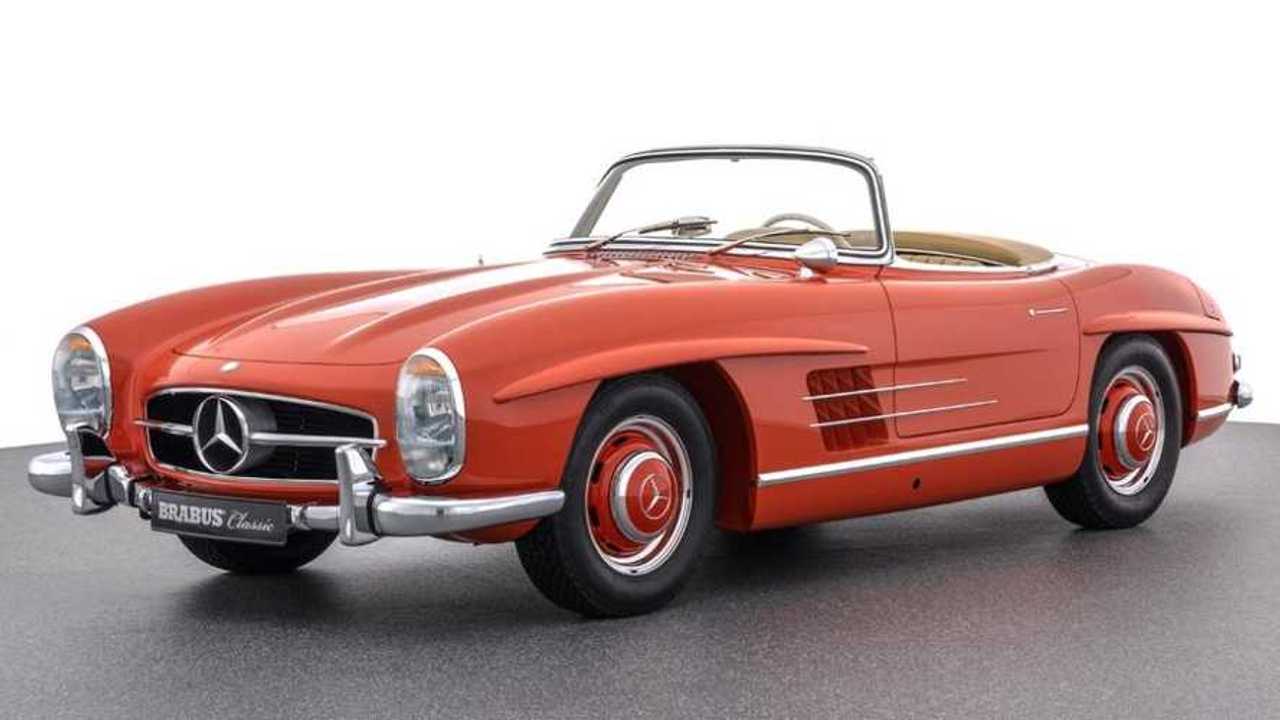 Brabus isn't just about obnoxious G-Wagens and overly-tuned Smart cars – its restored classics are surprisingly restrained, as this 300 SL in Monaco shows

Though most of its classic Mercedes restorations have centred around the stately 280 SE, it's also worked on a handful of the more curvaceous 300 SL Roadsters – and this one in red is particularly eye-catching.

Sporting a vivid factory-code Fire Engine Red paintwork matched with a rare yellow leather upholstery option, Brabus recently took this stunning 300 SL to Monaco for a spell in the sunshine and, unsurprisingly, it’s a bit of scene stealer.

What’s quite surprising about this restoration though is how refined it is. Reworked by a marque known for its trademark extreme flair, every little detail appears as though it’s factory fresh from Untertürkheim despite being 61 years old.

Rather than slap a set of bold aftermarket wheels, the original colour-coded dish alloys are still there, with chrome bumpers lining the bodywork and not so much as a nick on the interior-matching soft-top.

As restorations go this one looks one of the best out there, albeit for good reason. There’s a hefty price tag for this level of detail. Though 300 SL Roadster values have crept up of late, approaching that of their more valuable Gullwing cousins in some cases, €1,790,000 (£1,560,960, $2,010,250) is still a fair whack of cash for a variant of which 458 more examples were built than its hardtop predecessor.

It’s not a great surprise Brabus has chosen the Cote d’Azur to show off the 300 SL – there’s probably nowhere else on earth it belongs more. For those with second or third residences on the French south coast this 300 SL could be yours – for the rest of us, whose budget might only stretch to a W220 S-Class with broken electronics, these videos will have to do. Oh well.