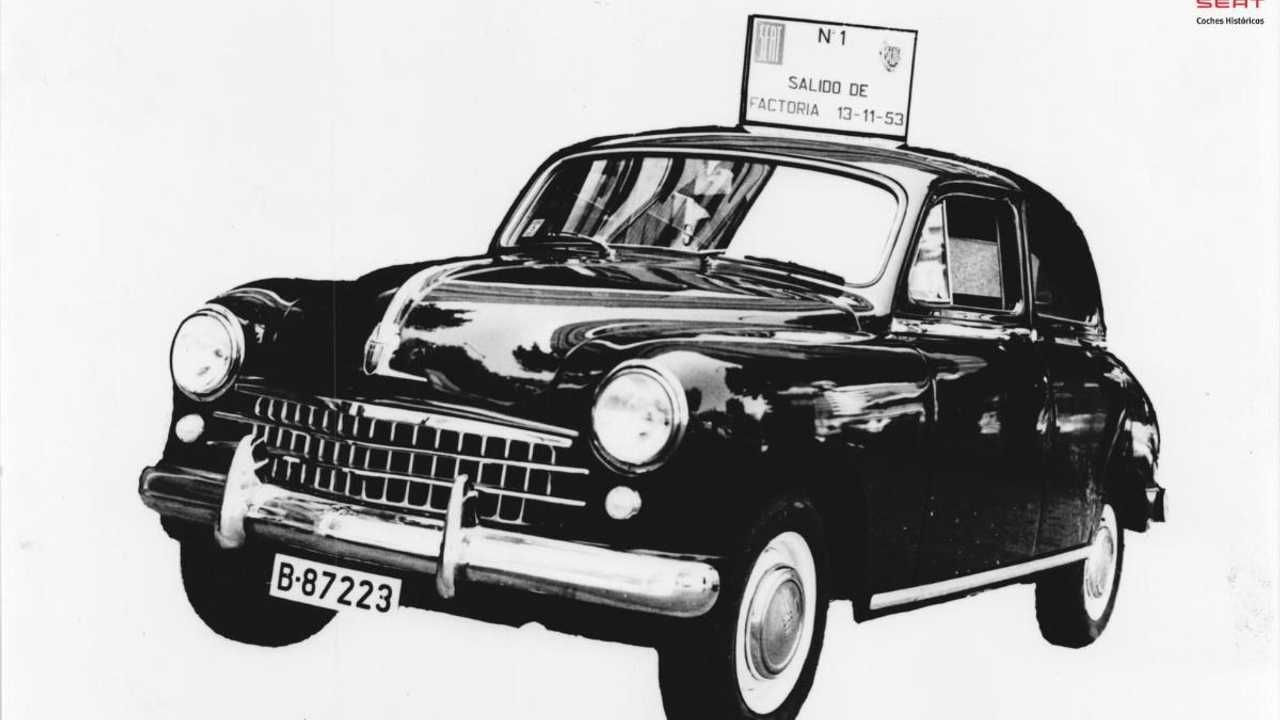 Exactly 65 years ago today, SEAT released its first car, the 1400

On November 13 1953, 65 years ago to the day, the very first SEAT 1400 rolled off the production line, followed by nearly 100,000 others from the Zona Franca factory in Barcelona over the next decade.

As well as being the first SEAT car, the 1400 was also quite innovative, using an all-enveloping ‘ponton’ body rather than a separate chassis and body. It was an unconventional approach, albeit one inherited from the Fiat 1400 upon which the SEAT was based, a first for both companies.

Unlike the Spanish brand’s current fleet of hot hatches and recent additions of small SUVs, the 1400 was a large saloon car. Fitted with an inline-four engine positioned in the front, the power was driven through the rear axle (with a differential) and a four-speed manual gearbox. It had a downdraft carburettor with manual choke, liquid cooling with a belt driven fan and front and rear drum brakes.

The first SEAT 1400 – with registration plate number B-87.223 – was priced at 117,000 pesetas (around €705, £616 or $791), and is one of five that was produced every day in the early years of the factory, staffed by 925 employees. Although the car became common, especially as a city taxi, it was a popular vehicles for all the classes, and was used as an official state authority vehicle.

Of its time, the car’s petrol engine was longitudinally mounted, and with a displacement of 1395cc and a power output of 44PS, it was capable of 125km/h (77mph). The chassis incorporated helical springs that produced an elastic effect on the rear suspension, and longitudinal semi-cantilever springs – which acted as thrust arms – gave it anti-roll stabilisation. A Panhard rod ensured the lateral positioning of the axle.

The engineering was as modern as it could get, and design cues from the exterior were taken from what was happening in America. Intending to do better than the Americans though, the car introduced curved, one-piece windscreens and a heating system to the market. d its 48-litre fuel tank gives it a range of 10.5 litres/100km (27mpg) and 62mpg when cruising at 100km/h.

By the end of the SEAT 1400’s initial production run in 1954, 1345 units had been produced, but such was the popularity of the car, despite initially poor sales, that it went back into production with A, B and C monikers, as well as several special versions. After initially starting off with almost entirely off-the-shelf Fiat parts, the SEAT 1400 quickly shifted to being produced with nearly 100% nationally sourced components.