This armoured Bentley Turbo R is better than life insurance 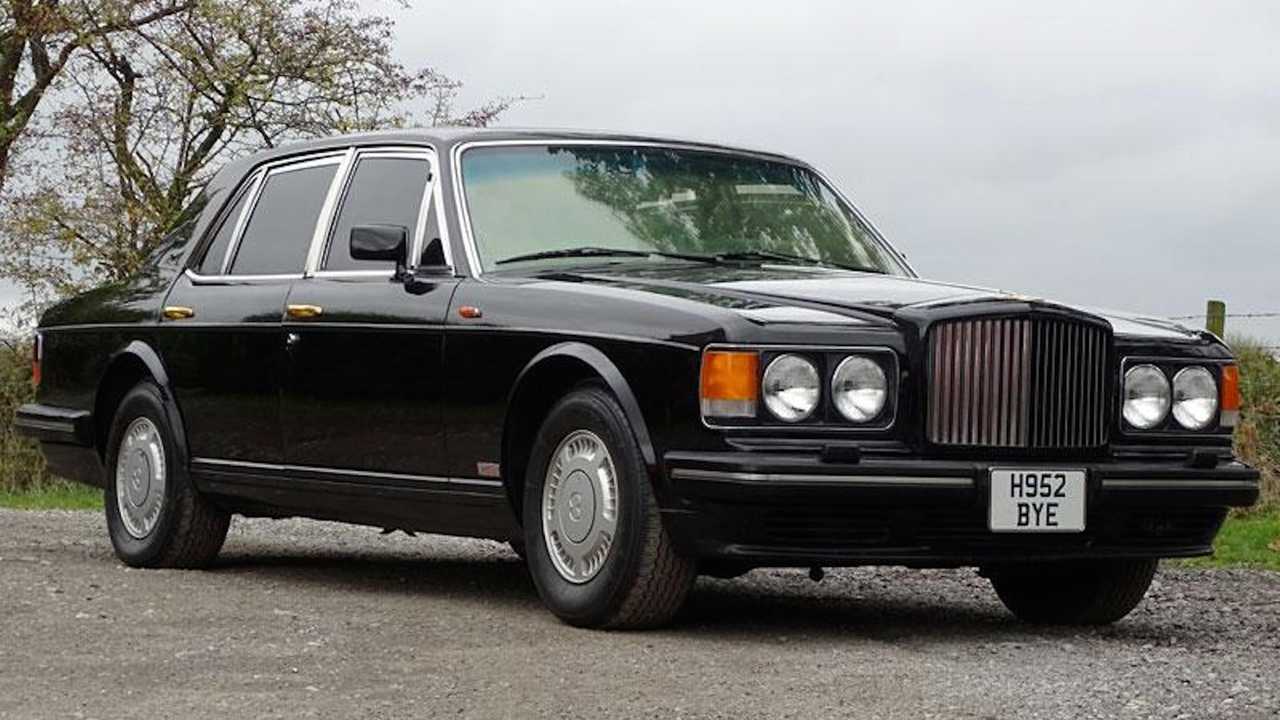 For those needing some extra protection but lacking in funds, this armor-plated Bentley Turbo R formerly used by the Qatari royal family is a low-cost safety net

If your local supermarket's car park routinely devolves into a warzone over who gets the last free parking space, perhaps it’s time to upgrade your car. That hatchback you use as a daily can step aside, for there’s a much better vehicle for protecting oneself from a horde of irate fellow motorists hell-bent on exacting revenge for nicking 'their' spot.

A custom-built 1990 Bentley R Turbo featuring armour plating is being sold without reserve by H&H Auctions later this month, which previously served as transportation for the Qatari royal family. If it’s good enough for the biggest VIPs of an oil-rich state, it’s good enough to get you from home to the local convenience store and back safely.

‘If you need serious protection then this is the cheapest life cover you could purchase. It would cost in excess of £750,000 to build a similarly armoured limousine today,’ points out Roger Nowell, H&H’s motorcar specialist.

That cost from new might be a slight exaggeration – a Bentley Flying Spur with armour plating features in the British royal family’s collection of motors which reputedly cost 'only' £250,000 ($400,000) – but with this Turbo R being sold without reserve, there’s a chance it might sell for an amount even an exiled royal could afford.

Aside from its potentially life-saving armour – assuming you have a list of enemies longer than the Bentley’s boat-like 5.38 metre length, of course – the Turbo R offers some other handy attributes. A turbocharged 6.75-litre Bentley V8 provides plenty of emergency getaway grunt, while smoked windows mean bystanders won’t even know your loved ones are perched up in the rear.

Electric windows are included to effortlessly bring some fresh air into the cabin (albeit with the risk of bullets following suit) and there’s even a refrigerator in the boot, presumably for storing the severed heads of enemies who dare shoot up your precious Bentley.

Best of all is the low mileage. Those Qatari royals must not have ventured out much as, in its single-owner lifetime, this Turbo R has covered only 5000 miles in the last 28 years. That’s less than 179 miles per year!

There’s no doubt the miles-per-gallon on this thirsty V8 brick will violently assault your wallet but, at least you’ll be safe and snug in your armored barge. Those looking to invest in some extra protection can do so at H&H Classics’ Buxton sale on Wednesday, November 28, which kicks off at 1pm GMT (6pm EST).