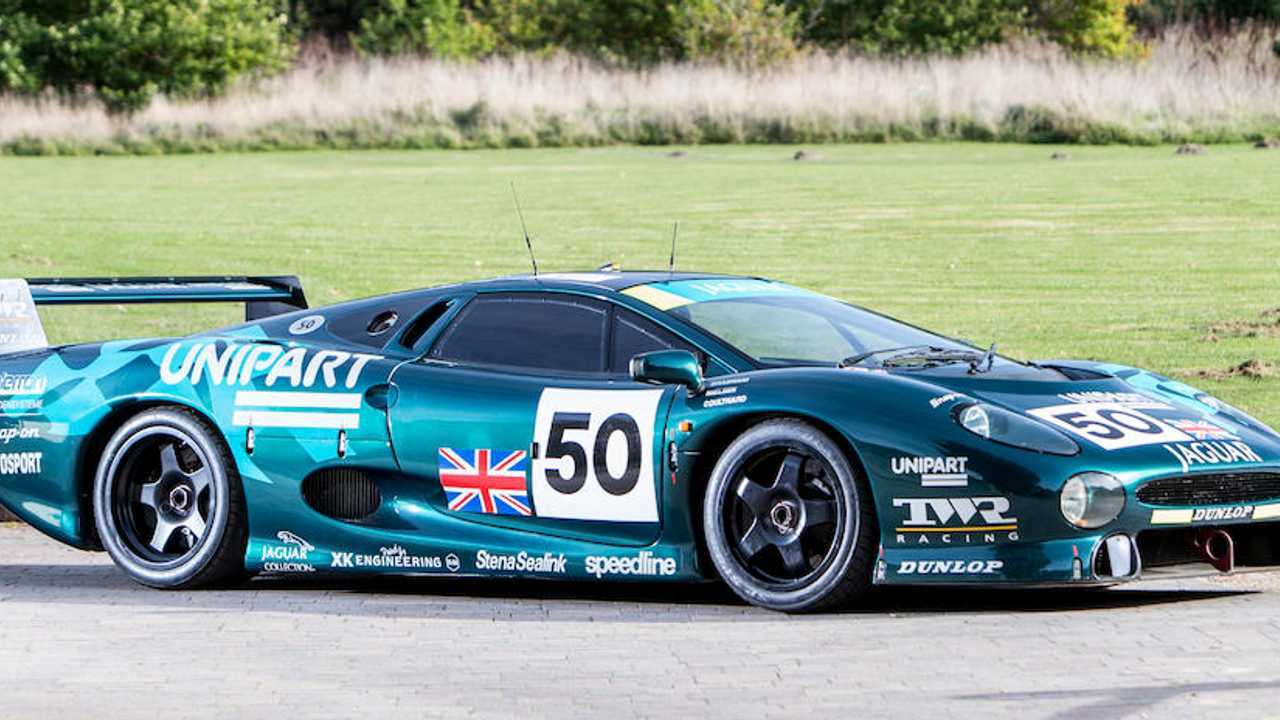 David Coulthard, David Brabham and the Sultan of Brunei have been in this short-lived Le Mans winner, and now it could be yours

The unique car, chassis #002 of four, won the GT class in the 1993 Le Mans 24 Hours in the hands of Tom Walkinshaw Racing's driver lineup of David Coulthard, David Brabham and John Nielsen. Having come a long way to victory, it was then taken from them a month later.

It’s well known that the car had originally been conceived with a V12 engine and all-wheel-drive, but when it made it into production it instead had rear-wheel drive and a 4-cam twin-turbocharged 3.5-litre V6. The first XJ220C variant was shown at the 1993 Autosport Show, and showcased a fully-detachable nose and tail body panels moulded in carbon composite material in place of the usual fixed aluminium coachwork.

Other indicators of the car’s racing intentions included a Kevlar seat, upgraded transmission, brakes, suspension and electronics. It also used a larger radiator to cool its uprated engine, and the lubrication system featured an oil-to-liquid coolant heat exchanger in place of the standard oil/air cooler system.

XJ220C chassis #001 tasted success on its competition debut at Silverstone, but it was chassis #002 that contained the lead line-up for Le Mans. The confusion over the catalytic converters came about in that the XJ220C was built to the rules of IMSA’s GT class in America, which were understood to be the same ones used by Le Mans organising body ACO. IMSA stood by Jaguar’s side in this debate, and it eventually won over the ACO, but only under appeal.

At Le Mans, chassis #002 also ran with an engine restrictor limiting it to ‘only’ 500bhp. Brabham was second fastest in class during practice, and he did so with a swollen foot after the car was dropped on it. When the race came, he was on the receiving end of bad luck again, as he had to pit from the lead during the night due to a fume-filled cockpit.

A split fuel tank was the cause, and Brabham had to do another lap while his team thought of a solution. The sister car took over the lead, until it had a tyre explosion, leaving the Coulthard/Brabham/Nielsen car as victory favourite once again.

After 24 hours of continuous competition, chassis #002 crossed the line 15th overall and with class victory. Post-race, the ACO decided that the appeal for the car to race had come too late and it would thus be removed from the results. After its bittersweet Le Mans outing, the XJ220C sat in the TWR Museum, before being sold to the Sultan of Brunei. It was then acquired by William Loughran and one other before being purchased by the current vendor.