Is this the world's most beautiful Lamborghini Miura? 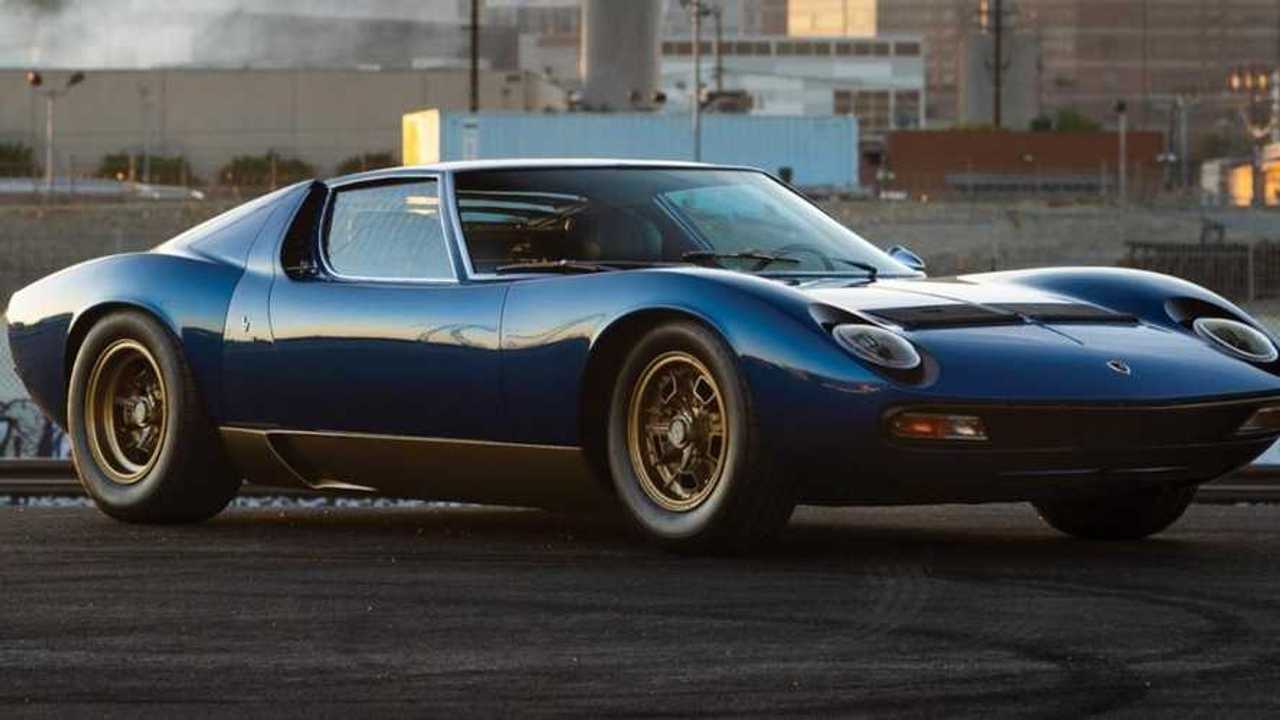 Lamborghini started out building tractors and other such farming machinery — a far cry from today’s 200mph machines. Legend has it that it was a spat with Enzo Ferrari over dinner that resulted in Ferruccio Lamborghini deciding to build his own car in 1963, but as impressive as its first efforts were, it was the Miura that really put the Italian brand on the map.

One of the most sought after variants is the P400 SV, of which an extremely handsome example is coming up for auction at RM Sotheby’s Petersen Automotive Museum auction this December.

A Lamborghini Miura is a striking thing to look at in any hue, but this example forgoes the predictable shades of green and orange in favour of something far more regal. Finished in Bleu Medio and gold, this combination not only makes this supercar look stunning, but also very rare being the only SV in the world produced in this specification.

We have to say that the Bertone design certainly lends itself well to these majestic colours. Another difference to other Lamborghini Miuras is that this specimen one of 11 single-sump Miura SVs with air-conditioning, one of only five to make it to America in this configuration.

Lamborghini Miura SV Getting Paint Protection Is Therapeutic To Watch

This car – chassis 4912 – has a few stamps on its passport, originally being shipped from Italy to America when new, before heading to Japan some 21 years later. After spending 20 years in the land of the rising sun, primarily on static display, this rare Miura returned to America in 2011 and was restored to a very high standard. Displayed but not judged a famed events such as Pebble Beach Concours d’Elegance, the San Marino Motor Classic, and the Father’s Day show on Rodeo Drive, this Miura turned plenty of heads.

The Lamborghini Miura was the result of an unofficial after-hours effort by engineers who wanted to create a car to take on the best Ferrari had to offer. Ferruccio Lamborghini favoured GT cars and so the small team secretly worked away on their mid-engined project.

A rolling chassis was eventually displayed at the 1965 Turin Salon where Ferruccio was taken by surprise as to how much attention it received — people were placing orders before even seeing the finished car. Bertone rushed together the styling project ready for the 1966 Geneva motor show where the finished Miura made its debut.

In the rush to develop the car in time for Geneva, nobody checked that the engine would fit inside the snug new body. When it was discovered that the V12 wouldn’t fit, there was no time for modifications, and so the engine bay was simply filled with ballast and locked.

The Lamborghini P400 SV was the final incarnation of the Miura and featured a revised 380hp V12 engine. Just 150 SV models were produced when production ended in 1973. This rare example is unlike any of its siblings making it a prime choice as a collector car when it goes under the hammer.