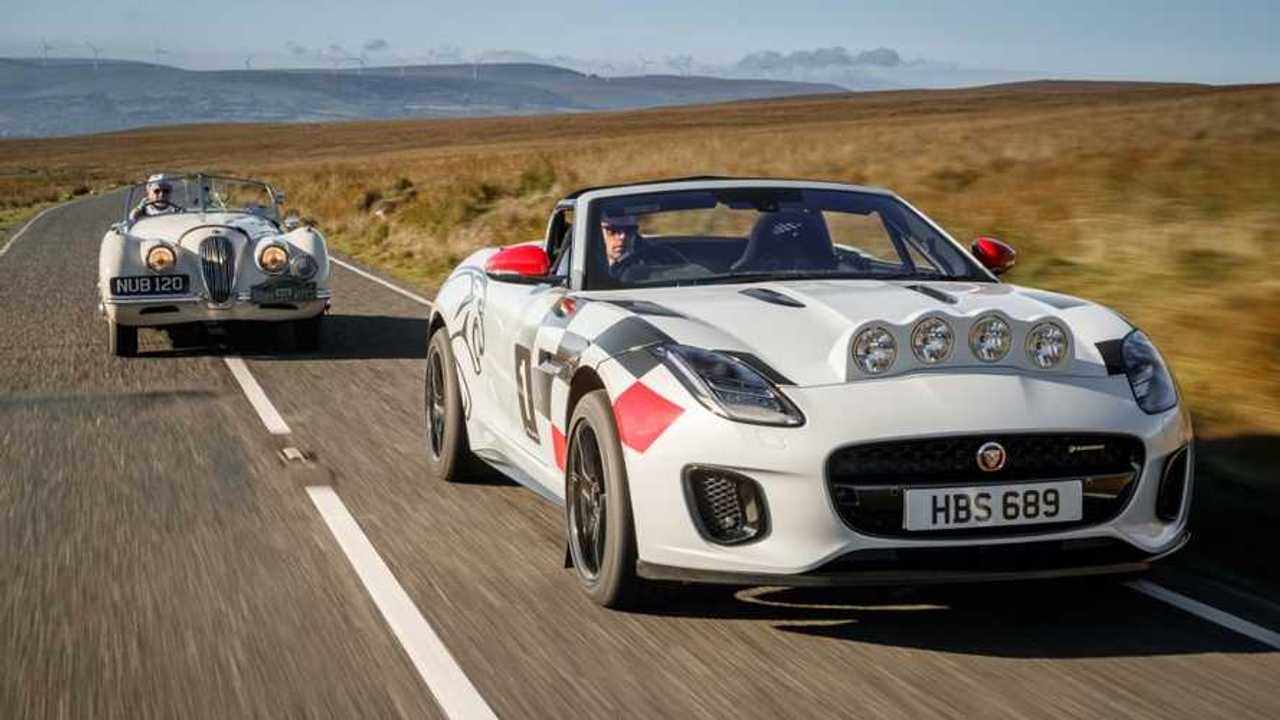 The Jaguar XK120 proved to be a successful rally car during the 1950s with several historic victories. This modern-day F-Type rally car celebrates 70 years of XK120

The Jaguar XK120 is a landmark car for many reasons, not least because of its 120mph top speed. It has a proud motorsport history including some time spent as a rally car where it furthered Jaguar’s cause on a world stage. In celebration of the XK120’s 70th anniversary, Jaguar has created a rally variant of its modern-day sports car, the F-type.

While the thought of a rear-wheel drive convertible sports car venturing off-road might sound a but uncouth, there’s no denying how childishly brilliant this rally car looks leaping through the air. Substantial changes have been made to this F-type including a limited-slip differential, underbody shielding, knobbly tyres, new springs, competition dampers and competition brakes, plus a roll cage.

Weight savings have been made via an extensive diet and carbon fibre doors from the F-type GT4 racing car. The transformation from road to rally is completed by a set of bonnet-mounted spotlights.

Just like the XK120 rally cars of old, this Jaguar sports car is finished in an off-white and hits the rough-stuff with its hood down. Under the bonnet is a 296bhp 2.0-litre four-cylinder engine chosen in favour of the V6 or V8 option to keep weight to a minimum.

Two of these F-type rally cars have been created to FIA specification, though without any mention of official homologation for any of the FIA's various categories, don't expect to see it competing against rivals on a rally stage. It'll be touring a series of as yet unspecified Jaguar events instead.

Back in the 1950s Jaguar saw great success in the world of rallying with the XK120. Ian Appleyard piloted his Jag to victory in the iconic RAC Rally of Great Britain in 1951 and 1953, also winning the Rallye des Alpes previously in 1950. Interestingly, Appleyard’s co-driver for the Alpine Rally was his wife Pat — daughter of Jaguar founder Sir William Lyons.

Jaguar XK120s are still seen in classic motorsport today and remain just as competitive against their contemporaries. This F-Type rally car is an homage to one of the most famed British sports cars on road or track.