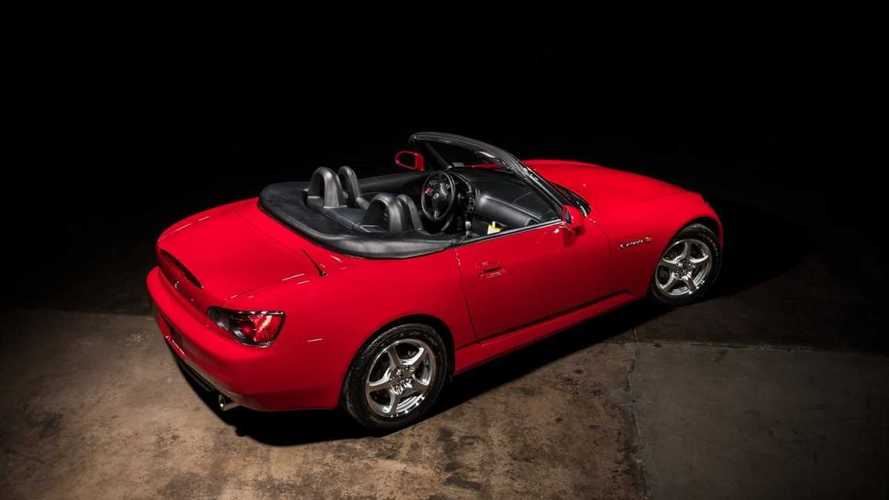 IndyCar racer Graham Rahal has just bought an example of Honda's iconic sports car for a vast sum, but can an S2000 ever be worth $48,000? Wait until you see it!

The Honda S2000 has to be one of the world’s best examples of buying a birthday gift for yourself. Honda once made intriguing sports cars with its S-series models in the 1960s, so the for the marques 50th anniversary it revived the S badge with the S2000 in 1999. It is fantastic a car, but can any S2000 be worth $48,000? IndyCar racer Graham Rahal thought so, purchasing this pristine example for that vast sum.

First seen on [Bring a Trailer], this red AP1 Honda S2000 has to be one of the best examples in the world right now. It only has 1001 miles on the clock and is utterly spotless! This factory fresh Honda was stored by a dealer from new with just 12 miles under its belt, but was later registered to a new keeper in 2013 after the dealership was sold. The new owner has only added 989 miles over the past 5 years, making this one of the least used S2000s out there.

As you’d expect, there’s not a blemish on the car - or under it for that matter. Images of the sports car’s underside shows ever component to be in ‘as new’ condition because, well, it’s practically a new car. It came with the original window sticker, spare keys, factory manuals, a and a clean history.

The Honda S2000 is a very unique sports car that showcased the very best Japanese engineering of its time. A 50:50 weight distribution gives this model such poise through the bends, as does direct and weighty steering. However, the crown jewel in this package is the 2.0-litre VTEC engine under the bonnet with a redline of almost 9000rpm. It’s a very satisfying feeling screaming up the rev range for such an extended period only to snatch another gear and start the process all over again.

It’s certainly up for debate as to what the value of this museum-piece S2000 is, but used prices are rocketing upwards further reinforcing this car’s legendary status amongst enthusiasts.