Why you should spend £90K on a fake Ferrari 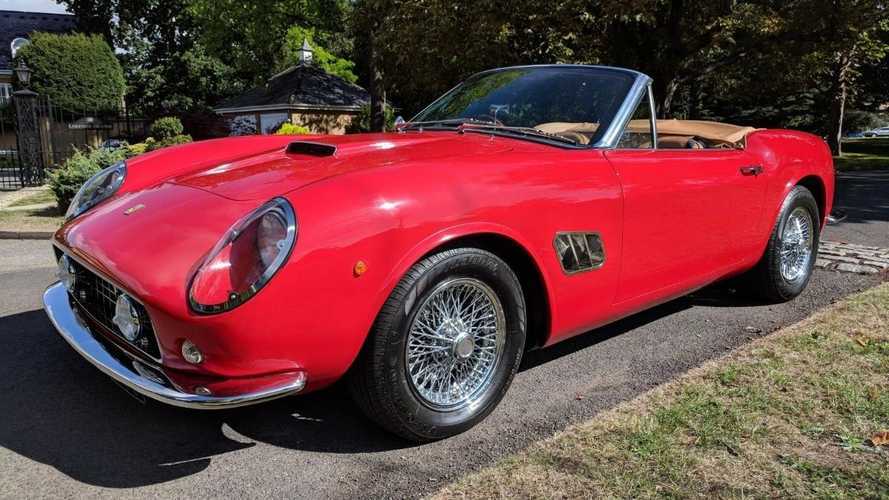 Ferrari made just 54 short-wheelbase Californias and today they sell for tens of millions. If you long for this Italian classic but lack the cash, step this way

For most of us owning a rare classic will forever be a dream, barring an unexpected lottery win of course. Even for the well heeled who can afford such , a Ferrari 250 California is still likely out of reach, with examples changing hands for upwards of $17 million (£13m, €15m).

While this ‘faux-rrari’ is far from the genuine article, to the casual observer it does a respectable job of mimicking the Italian convertible.

Listed on eBay for a fraction of the multiple millions required for the real thing, this DNA Automotive 2Fifty Cal will set you back around £88k. While we are champions of genuine classics, this otherwise out of reach legend has been very well modelled by DNA.

Unlike many attempts to ape exotic cars, this example appears proportionally correct, with the California’s signature long bonnet and short rear overhang. Locations of lights, vents, and door handles seem accurate. It’s only when you really stare at the windscreen or the rear lights that appear to have been sourced from an MGB that this imitation reveals itself — but to those who aren’t classic car geeks, it appears to be a beautiful classic Ferrari.

It certainly looks the part, but for this relatively small sum don’t expect to find a purebred Italian engine under the bonnet. The car is based on a BMW Z3 with a 2.8-litre engine powering the rear wheels via a 5-speed manual box. That might not sound too exotic, but it should prove more reliable than the real thing. Its more modern BMW underpinnings also means it features creature comforts that a real California goes without, such as an electric roof, power steering, and Bluetooth. If a replica was good enough for Ferris Bueller…

The listing doesn’t specify mileage or other such details, but the seller does invite all questions. Just like supermarket own-brand chocolate, it’s not the real thing, but for some it will be close enough.