Watch: The 1960s racecar powered by a helicopter turbine 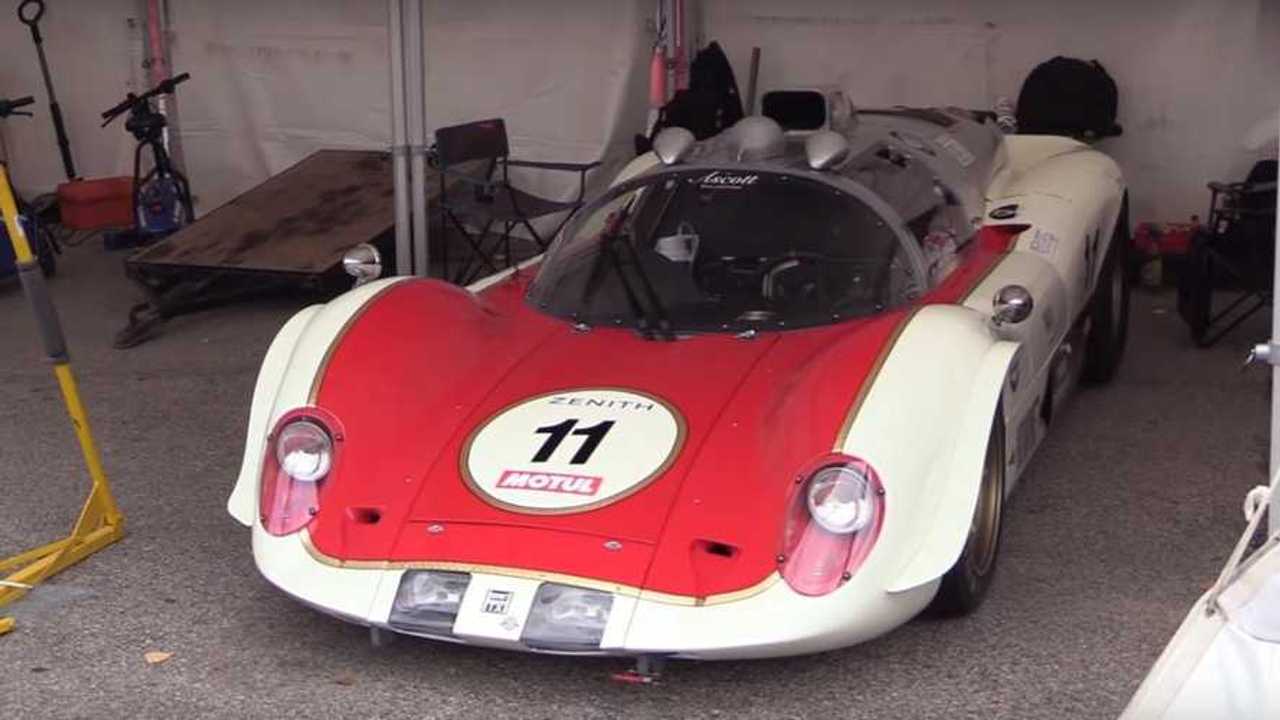 Racing at Peter Auto's season-closing Imola Classic event, the Howmet TX was unlike anything else on track – and it has a surprising record-breaking history

Although electrification is occuring more regularly across motorsport, it’s rare to find a racing car powered than anything over than a traditional internal combustion engine. YouTuber 19Bozzy92 recently captured the rare Howmet TX at its recent outing during the Imola Classic, held at former San Marino and Italian Grand Prix venue Autodromo Enzo e Dino Ferrari.

What you won't be prepared for is how it sounds, the TX being powered by a gas turbine engine from a helicopter. Yeah, a helicopter.

The ‘TX’ stands for ‘Turbine eXperimental’, and the car is built from a McKee Engineering sportscar prototype chassis and turbo engines from Continental Aviation & Engineering, an off-shoot from the old automotive engine company. History was made in 1968, its only full season of competition, when it became the first and only car to win a race with such an engine, narrowly beating the Lotus 56 to the feat.

Plans for the car had been conceived a year earlier by racer Ray Heppenstall, who thought a turbine would make for a competitive car if a light enough engine could be found. With the help of Tom Fleming, who held influence in aerospace company Howmet, support was attracted for the race programme.

Continental, which had lost a US government contract for helicopters, had several TS325-1 turboshaft engines spare and these 325bhp units with 650lb/ft of torque were used for the car. They contained a two-stage gas generating turbine, which drove a two-stage compressor and provided gas to the turbine that drove the rear wheels. Importantly the engines weighed just 170lbs (31.75kg), having been designed for lightweight helicopters.

Using the FIA’s engine equivalency formula, it’s 2960cc capacity put it into the Group 6 prototype category, and the engine fitted into a normal tubular space-frame chassis with some modifications. At the rear sat the turbine, above the single-speed transmission. Reverse gear, a necessity of the rulebook, was provided by an electric motor.

The rest of the car was fairly conventional, and it debuted at the 1968 Daytona 24 Hours. Driving it required a different set of skills though, with different cockpit controls and a multi-purpose throttle pedal. Initial movement of the pedal worked traditionally, but once at full power the throttle acted as a way of preventing turbo lag through a wastegate to the turbine.

A crash ended the car’s first race, in which it had shown competitive pace, and it qualified third for that year’s Sebring 12 Hours. An engine mounting ended its victory chances this time, and it wasn’t till it entered some SSCA regional events did success come.

Its final period race appearance was that year’s Le Mans 24 Hours, where two chassis were fielded, and the TX then moved on to setting FIA speed records. The cars were sold to Heppenstall, sans engine, and went through several owners before being restored and returning to the tracks.