This Bullitt Mustang replica is as good as they come 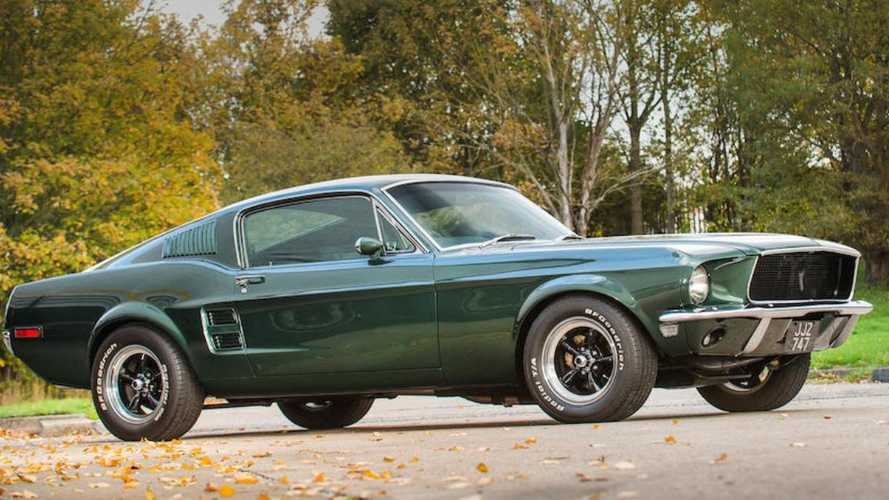 This 1967 Ford Mustang Fastback Coupé is now a replica of the famous 'Bullitt' car, and unlike the real movie car, you can bid for this one

Let’s be real. If you own an original Ford ‘Bullitt’ Mustang, you’re not going to be selling it. Its owner Sean Kiernan is simply too attached to it. The car that appeared in the cult 1968 film ‘Bullitt’ became an overnight star with Steve McQueen drove it through San Francisco’s streets, and has been one of the most sought after cars since. But that doesn’t mean it’s super difficult to buy one, because there are authentic replicas of the legendary car.

More on the 'Bullitt' Mustang

This car was manufactured in San Jose, California in 1967, and came with the iconic fastback body and 390ci ‘Big Block’ V8 engine. It had two front bucket seats, a four-speed manual transmission and limited-slip differential, making it a proper performance vehicle.

Ten years ago a bare-metal restoration of the car took place, totalling over 2000 man-hours and using originally sourced parts. As well as repairing any damaged panels, the rebuild included a replacement of all chrome and brightwork, and a brand new interior featuring seating upholstery, a rare build overhead console and integrated map lights. The original wood grain dashboard, instrumentation, and door panel inserts were retained.

The exterior is what makes this car immediately say ‘Bullitt’, with a Highland Green metallic finish, a lack of any insignia, a blacked-out grille and tail lamp details. It’s almost like it’s been driven straight out of the film. Other modifications include a change to the engine which means it can now run on unleaded fuel, something that wasn’t an issue in the 1960s with leaded fuel still in every forecourt. Various tuning parts means the engine is also more powerful than it was originally, far exceeding 320bhp, and as a result the transmission, suspension and brakes have had to be up-rated to cope.

When that restoration was complete, the car was imported to the UK in time for the 40th anniversary of the cult film, and has been under its current owner since 2014, who has had it serviced regularly, MOT’d and fitted with a new competition clutch. It’s the 50th anniversary of ‘Bullitt’ this year, so there’s still time to take it on a celebratory drive.