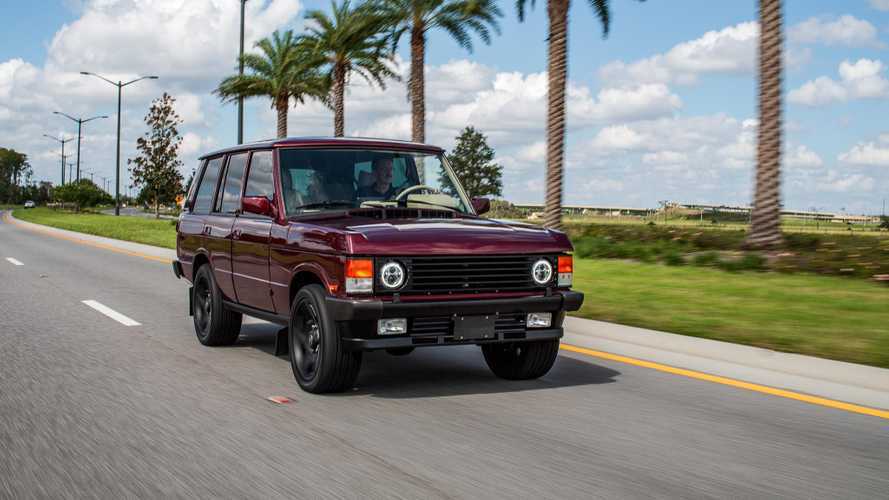 E.C.D Automotive Design has unveiled Project Red Rover, the company’s second-ever restomod Range Rover Classic. And there’s a third one on the way!

E.C.D Automotive Design has delivered their second-ever custom Range Rover Classic, dubbed Project Red Rover – and she’s a beast! Showcasing the versatility of the company’s newly-released RRC range, project Red Rover features a rebooted interior with ‘understated elegance’. And we have to say, the restomod oozes menace and panache. This is a truly unique SUV.

You won’t find a European four-cylinder or clunky diesel heritage unit under the hood, either. The beefed-up British mud plugger utilizes a 6.2-litre Chevrolet V8, mated to a six-speed automatic gearbox. Power figures have yet to be released, but based on E.C.D's previous Range Rover Classic restomod, should be good for at least 355bhp, 383 lb-ft of torque and a top speed of 135mph. Although power output could be as much as 430bhp, if the V8 is identical to that of Chevrolet's 2019 Silverado.

How does that stack up against a standard Range Rover Classic with Buick V8 power? A bog-standard 3.9-litre example churns out 182bhp and will struggle to breach 110mph. Project Red Rover offers nearly twice the power (at least), with more clout and responsiveness thrown into the bargain.

The aesthetics are just as impressive. The Carmen Red Pearl paintwork was hand-selected to match its red interior stitching and contrasting cream leather piping, with accented black 20” Kahn Mondial wheels for an ominous touch .

The interior OEM dash features wood accents, a custom built-in wireless charging pad for mobile devices, and front and rear AC. The vehicle is fitted with a newly offered airbag suspension system that is adjustable for off-road, sport, and comfort modes.

As an off-road performer, the low-range gearbox remains whereas upgraded performance brakes with stainless steel lines can bring the two-tonne SUV to a swift halt over any surface. Nicki Minaj will be rapping about this Range Rover in no time.

We can imagine such news will have purists foaming at the mouth, but it’s not a case of automotive vandalism. E.C.D restore the first-generation Range Rover from the ground up, improving ride, handling and stance before shoehorning modern drivetrain beneath the iconic shape.

The end result is an intoxicating blend of transatlantic culture where styles merge and new meets old. You’ve got all the bravura of Land Rover’s ground-breaking design amalgamated with the benefits of modern engineering.

Project Red Rover isn’t an invitation only machine for society’s elite, either. The new RRC range is open to anyone who can afford the work. Bringing the Range Rover into the 21st Century, the E.C.D team don’t sacrifice classic heritage or originality in the pursuit of bling.

By focusing on custom, key design elements, the designers bring a premium feel to the items you select. For example; they can keep the original seats, but rebuild them with premium leather and trim appointments before integrating the latest mobile and audio technology into the retro dashboard. Quite frankly, the project leaves new models looking inferior.

Like the look of Project Red Rover? You’ll be glad to know E.C.D are currently working on their third Range Rover Classic. The bar has been set high; we can’t wait to see it! You can find out more about the project here.