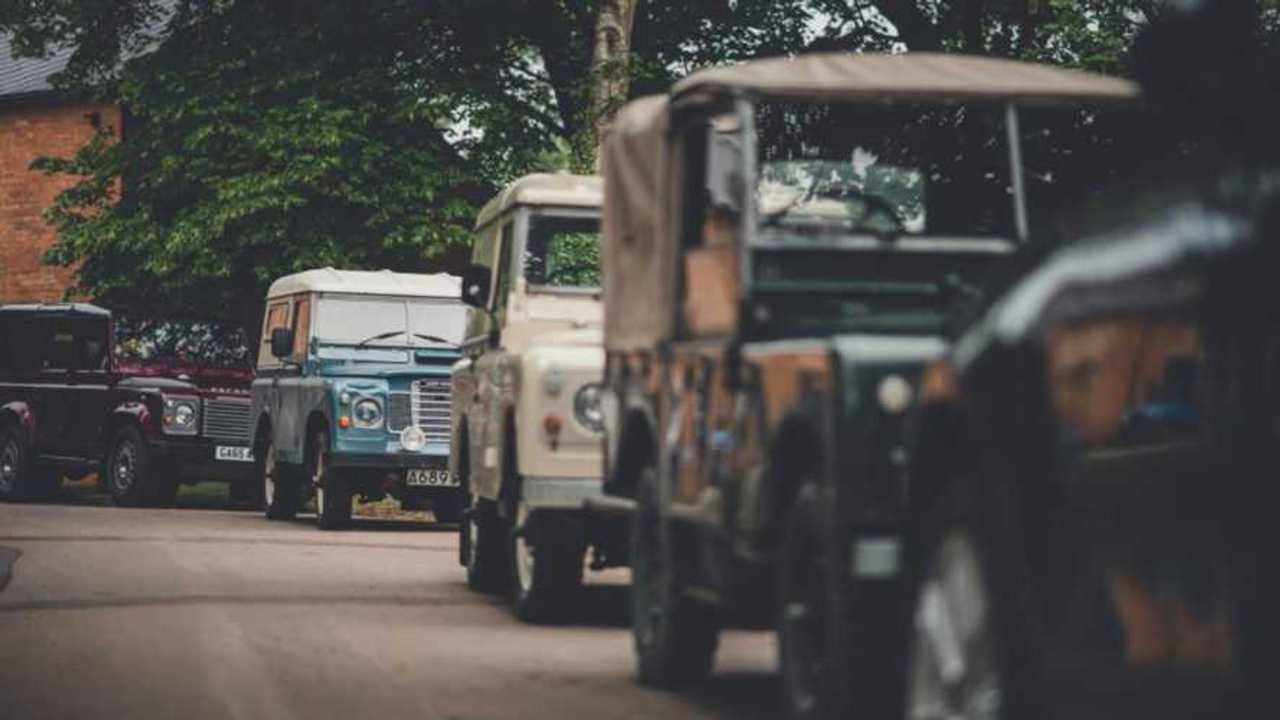 Pink Panther Series IIA, Discovery and Range Rover P38 anniversaries to be celebrated during Land Rover Legends at Bicester Heritage on May 25-26, 2019. Tickets are on sale now!

Land Rover Legends at Bicester Heritage is back! After a highly successful inaugural event earlier this year, the second edition promises new features and elements to ensure all Landy aficionados are catered for.

Taking place on May 25-26, 2019, tickets for the ultimate Land Rover show are now available to buy here. Regardless of Land Rover status – connoisseur, preservationist, restorer, enthusiast, collector – there will be something to scratch that Solihull itch.

Firstly, 2019’s event will celebrate 50 years of the legendary Series IIA SAS Pink Panther with what is expected to be the largest-ever gathering of surviving examples, supported by further military examples of the Series I and later 110 SAS vehicles.

The 40th anniversary of the 100-inch prototypes – considered by many to be the best 4x4 that Land Rover never produced – will also be celebrated with what organisers hope will be the largest-ever gathering.

A fan of early Discovery vehicles? Land Rover Legends 2019 will as be marking three decades since the model’s launch with a plethora of healthy Discovery examples, including legendary Camel Trophy vehicles.

Not only that, but the 25th anniversary of the Range Rover P38 will also be taking place on site, marking quarter of a century since the second-generation Rangey changed the automotive world as we know it.

Each anniversary will be represented by a ‘Star Car’, which will be the centrepiece of a panel discussion in the main hangar on both the Saturday and the Sunday. The judging panel will be spearheaded by TV presenter Mark Evans, who will also be interviewing development engineers, designers, owners, enthusiasts or preservationists. The anniversaries will also be marked by daily vehicle parades – making for a V8 burble like no other.

The National Awards will also be returning, focusing on authenticity and originality, with the event featuring carefully-curated static displays of important Land Rovers as well as picking a winner for Most Original, Best Restored and Best Bespoke Land Rover. Owners who would like to nominate their cherished Land Rovers for the 2019 National Awards will be able to submit their applications online later this year.

Furthermore, there will be on-site weekend camping, evening entertainment and, as Land Rovers and our four-legged friends seem to have a natural affinity for each other (we think it’s the smell), organisers are also delighted to be able to announce that ‘well-behaved dogs on leads will be welcome!’