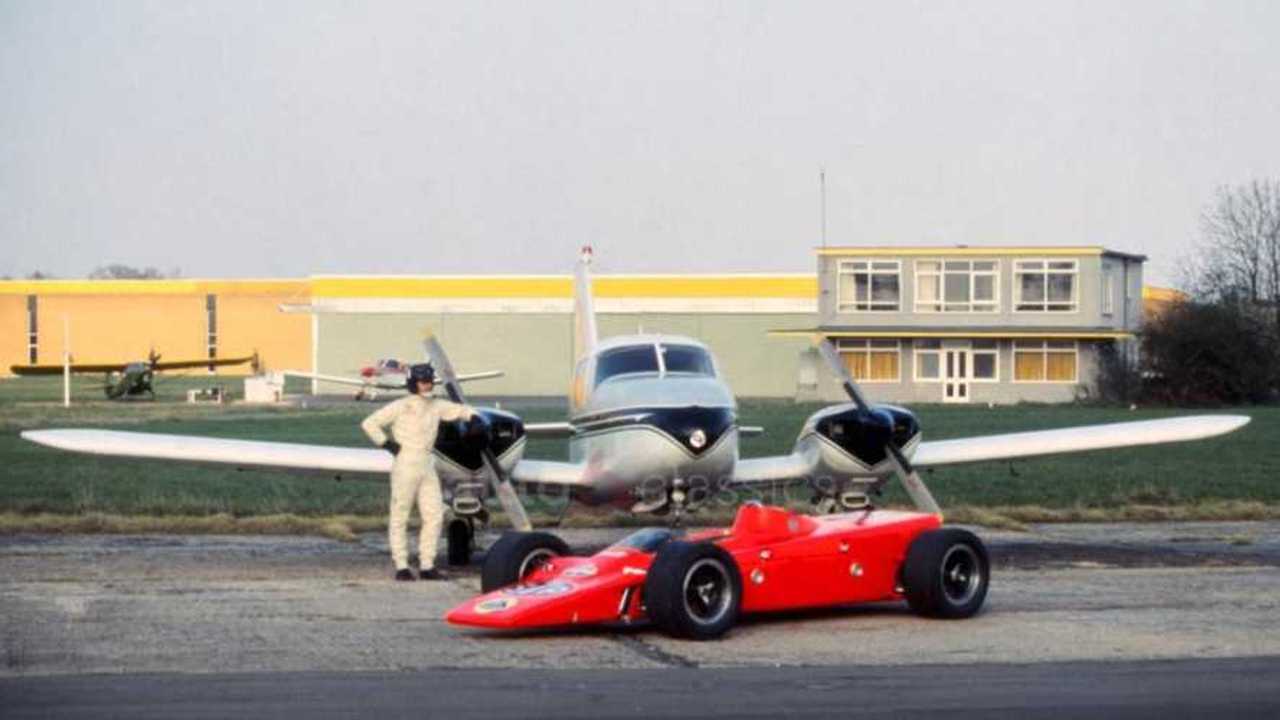 Destined to win the 1968 Indy 500 had it not been for a mechanical fault, this innovative Lotus 56 once driven by Graham Hill is now for sale

They say that ‘war is the mother of invention’ and that’s certainly true when it comes to the crucible of motorsport. Intense competition leads designers to ever more creative solutions to the problem of being fast than the other car.

The Lotus 56 Indy car of 1968 introduced two concepts that aimed to give it an advantage. A combination of turbine power and four-wheel drive made this racer very exotic. Fancy owning this somewhat alien craft? Heritage F1 is currently listing chassis 003 for sale, a car piloted by the legendary Graham Hill.

The Lotus 56’s concept has its foundation in the STP-Paxton Turbocar that almost won the Indy 500 in 1967. That car was the brainchild of Andy Granatelli who teamed up with Lotus for the following year to help develop the idea further. Maurice Phillipe designed the Lotus 56 with a powerful Pratt & Whitney ST6N-74 turbine at its centre and all-wheel drive to maximise traction.

The Lotus 56 proved itself while qualifying in 1968 where the two entries streaked ahead in terms of fastest laps. Ultimately it would be Hill’s team mate Joe Leonard who won pole over a four lap average, but it was actually Hill that set the fastest individual lap time. Despite the evident pace of the pair, both cars suffered mechanical problems during the race and retired.

This bitter defeat marked the end of chassis No. 003’s racing career, largely due to drastic rule changes, and the car was put on display at the head quarters of its lead sponsor, STP. The car was then later gifted to NASCAR icon Richard Petty who kept the turbine car in his collection for around 15 years before it was bought by its current owner. 003 underwent a complete restoration that was actually overseen by Clive Chapman, son of Lotus founder Colin Chapman. Even more incredible is that Granatelli’s son Vince supervised the project.

In 2014 this Lotus 56 hit the Indy track once again at the hands of American racing legend Parnelli Jones along with two sister chassises. After it was put on display at the Indianapolis Motor Speedway Hall of Fame Museum.

This is a rare opportunity to to acquire a genuine racing oddity once driven by the only Triple Crown racing driver in history to date, Graham Hill. Pricing hasn’t been made public, but Heritage F1 will be happy to help with serious enquiries.