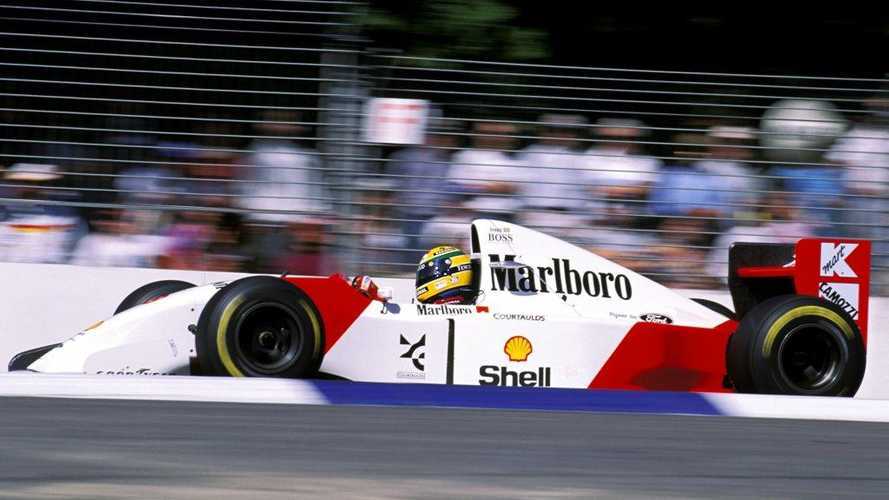 Little under a quarter of a century ago on this day (November 7), Senna took to the podium to claim his 41st – and last– Grand Prix victory in an against-the-odds drive

Lapsing into delusions of grandeur is a condition suffered by most F1 icons. As an example to younger, developing enthusiasts, contemporary drivers boast a life of excessive one-upmanship and entitlement. To a degree, this has been the case since conception, but in recent years bling-infused politics and buck-passing has driven loyal attendees away. I know this, as my enthusiasm for the sport appears to be a casualty of such idealism.

As such, personal dedication to all things F1 rarely stretches beyond skim reading the headlines, but today ­ – November 7, 2018 – marks an event deserving of recognition rarely mentioned by those delving into the life of Formula One’s greatest driver – Ayrton Senna.

More on the great Ayrton Senna

A devout Christian, Senna showcased extreme compassion both on-track and in the public eye. It’s well documented that Senna risked death, running across the track to aid Èrik Comas after a monumental accident at Blanchimont during the Belgian GP in 1992, or that Senna gifted millions of dollars to aid under-privileged children in his home nation of Brazil. But elsewhere on the planet, he was known best of all for his enduring talent, used to great effect in securing what would be his last ever Grand Prix win – the 1993 Australian GP at Adelaide.

Little under quarter of a century ago today, Senna took to the podium to claim his 41st Grand Prix victory. He had won three world championships, but this was to be the last occasion where Senna claimed all-out victory in F1.

As the grid lined up for the off, Senna was surprisingly the man to beat. He had achieved the seemingly impossible on Saturday by usurping the dominant, title-winning Williams pair of Alain Prost and Damon Hill, who had scored every pole between them that year. It was act one of a two-act surprise.

After two aborted starts and action was underway, the Brazilian waged battle with Prost, tanking down to the first corner and subsequently dominating the race. Not that Senna made it easy for himself. According to local journalists Bob Jennings and Stuart Innes, Senna hadn't planned a race strategy beforehand, with only one pit stop for fresh tyres in the minds of most teams. Not that the first stop was planned…

After a misunderstood radio communication, Senna believed that Prost had stopped for fresh rubber and, if that was the case, he would have to stop too. He peeled off into the pits after 23 laps but had likely clocked the wrong Williams – it was Hill which had stopped one lap before. Upon realising what had happened, his steely-calm racing nature shone through.

Whereas most modern drivers would blame their team, Senna later explained that he thought: ‘God, now I have to make up the gap, because I thought he would be stopping only once’.

However, he was in the clear. Due to the hot weather and hefty fuel loads, most drivers made two stops for tyres, performance lost early due to the track conditions. Prost made his first tyre stop on lap 28, taking two seconds longer for his tyre swap.

Senna had to carefully manage his lead with Prost hot on his heels, though Hill’s earlier stop at least lightened the burden. As the race wore on, Prost and Senna became locked in a tit-for-tat lap time battle. Senna wheeled in for a second tyre change after 55 laps, as Prost slowly but steadily reclaimed some time in the superior Williams.

Only nine laps from the chequered flag, Hill had been ‘suckered into a spin’ by Prost on the Brabham Straight, but Senna wouldn't be so easily duped by his long-standing arch-rival. In the closing laps of the race, Senna smashed in a new lap record on tour number 64; 1m15.381s, at an average of 180.523km/h (112mph). With complete control and steadfast fortitude, Senna claimed victory making it look oh-so-easy.

When asked how he felt the Australian race had compared to previous Grans Prix events down under, Senna claimed: ‘It’s been the best one’.

‘…with rain, with the dry, very hot, not so hot…the best result and the best victory, by far.’

After a year of Williams whitewash, Senna had taken the unfancied McLaren to one last victory, before packing his bags for the very same team which had dominated F1 for the previous two years.

Some F1 drivers are outrageous, spectacular and downright incredible on occasion. Senna was all of the above – each and every time he graced the racetrack. He wasn’t just the greatest talent of his generation; he was the greatest talent. End of. Full stop. His final Grand Prix just goes to show his indefatigable ability. If only Adelaide hadn’t been his last.