This is the greatest Ferrari Testarossa you can buy 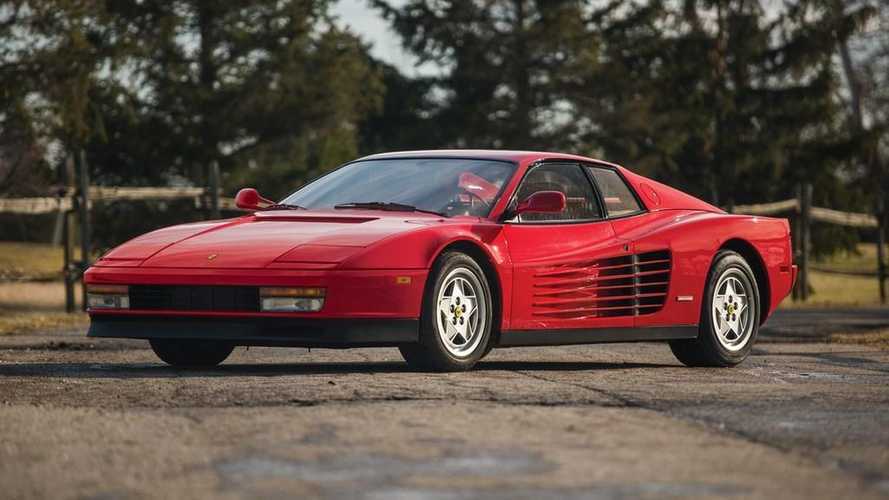 As much an icon of the 1980s as cocaine and shoulder pads, this low-mileage 1989 Ferrari Testarossa is a time warp back to the decade of excess

There are swathes of Ferrari Testarossas swarming the classifieds and prowling global auction houses, each one offering enough power to stage an Armani-sponsored coup d’état. However, there’s one with more distinction than others – this incredibly low mileage example heading to aution with RM Sothebys’ in a month's time.

To pass under the hammer during The Petersen Automotive Museum auction event, the original U.S-delivery Testarossa is presented in rude health boasting only 14,000 genuine miles on the odometer. For an extra slice of exclusivity, out of 1126 Testarossas produced in 1989, only 261 trumped American specification.

The drivetrain has recently undergone a full service, with those sleek Pininfarina-penned lines free of scuffs or blemishes. The vehicle is accompanied by the original tool rool, owner’s manuals and seldom seen Schedoni fitted luggage.

Debuting at the Paris Auto Show in 1984, the low-slung design and aggressive stance won the Testarossa critical acclaim. Bragging a near perfect 40/60 weight distribution, even entry specification models could breach 60mph from a standstill in under six seconds and brush 180mph with ease.

Produced from 1984 through 1991, 7177 Testarossas – Italian for ‘Red Head’ – left the Ferrari production line, and remains the archetypal symbol of 1980s excess. Destined to be a collectable from day one, the shoulder-pad icon has never diminished on the open market.

As a bonafide investment, you can’t go wrong. Regardless of whether you tuck the vehicle away or take to the highway to burn rubber, the Testarossa will never fail to slap an ear-to-ear grin on your face; either as a weekend toy or garage exhibit.

All Testarossas are equal, but as an investment, this one stands red-head and shoulders above the rest. With the paperwork to certify all mileage claims and highlight the care given during its 28 years on earth, you’ve got a legitimate show stopper primed for your vacant garage space. Just clear some room for it in your heart, too.

Tempted? You’ll need to act quick, as the low-mileage Ferrari heads to auction next month with RM Sothebys’. Get a closer look with the AutoClassics Classified advert.

Gallery: This is the greatest Ferrari Testarossa you can buy