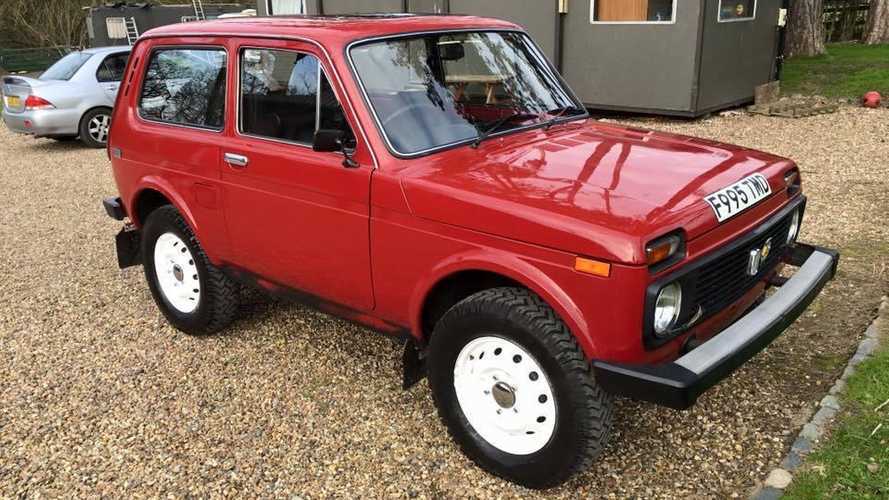 Not only was it the go-anywhere car of choice in Soviet Russia, but the Lada Niva 4x4 also charmed western journalists. This clean example of the rugged 4x4 is a bit of a steal

While Soviet-era cars are often the butt of automotive jokes due to some questionable quality control, the Lada Niva is somewhat different. This incredibly rugged 4x4 earned the respect of road testers for its durability and capability when tackling some of the toughest terrains. An eBay listing presents a great opportunity for you to bag a pristine Cold War car.

When Russian car maker VAZ first started work on the Niva in 1971, they quickly put together prototype 4x4 with excellent ground clearance and rugged underpinnings. However, initial concepts were rejected for being too utilitarian for the public, so VAZ toned the car down and added solid roof and doors.

Designer Valery Pavlovitch had quite the task ahead of him as VAZ had previously only built cars based on Fiat designs — the Niva being its first solo project. Extensive trials testing in the harsh hell-scape of Siberia resulted in a vehicle prepared for the very worst nature could throw at it.

If you’re looking for what might be one of the best examples of a Lada Niva out there, check out this rust-free ‘old shape’ Niva. With just 35,171-miles on the clock, this hardy 4x4 is owned by the founder of The Cold War Cars London Classic Car Club and has become a well known character in the capital. London might not offer much of an off-roading challenge for this car, but it is very well preserved as a result. The body work is ion excellent condition and the interior is said to be ‘immaculate.’

Power is sent to all four wheels via a 1.6-litre with a twin-choke Weber carburettor conversion which is said to offer better reliability than the standard setup. The genuine UK car ‘lives a charmed life’ and is used a daily driver by its current owner. In fact, it’s used as delivery vehicle for the Magic Spells Brewery.

Lada Nivas are still on the waiting list to become a valuable collectable as one particular auction demonstrated, but £4,500 ($5,920) for one of the most durable vehicles the world has ever seen sounds like a bargain to us!