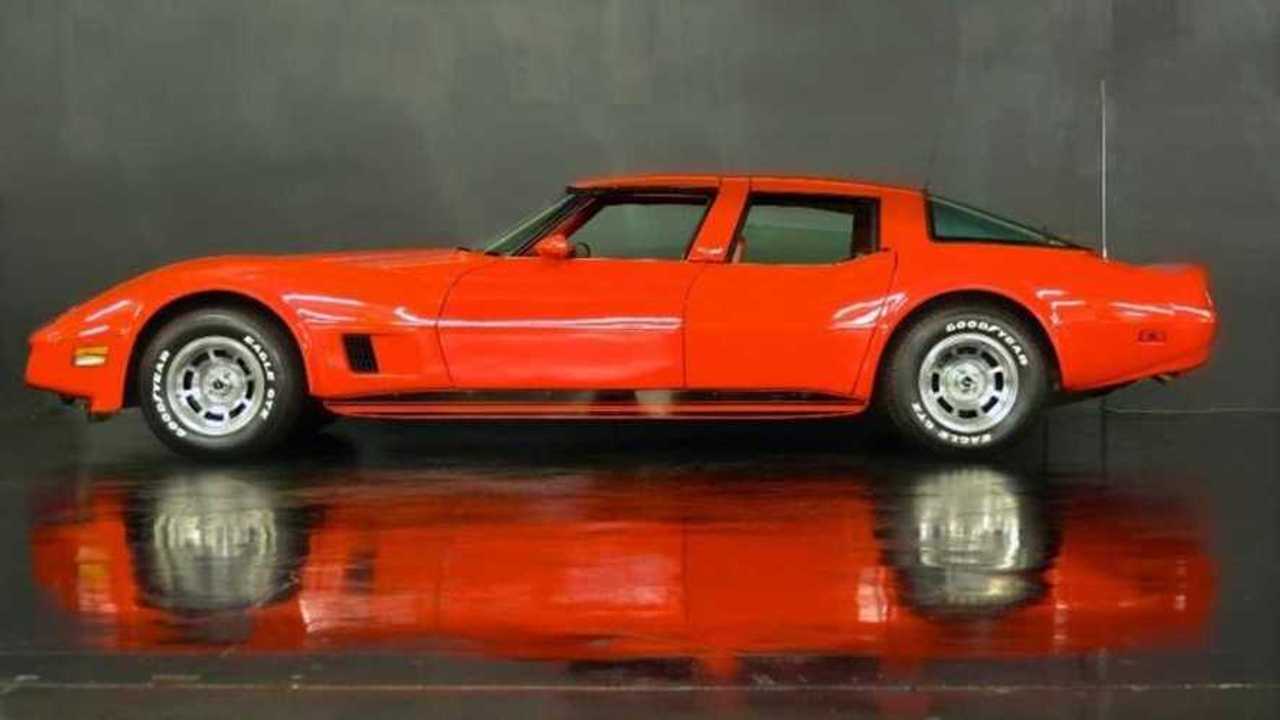 It costs as much as a brand-new Corvette ZR1, but you can at least take three friends along for the ride in this modified four-door Chevy

Do not attempt to adjust screen settings on your mobile device or PC monitor. What you are seeing is real, and depending on how you feel about custom creations such as this, that could be a good thing or the stuff of nightmares.

In either case, NBS Auto Showroom in Milpitas, California can set you up with all the details on this 1980 Chevrolet Corvette four-door and how to buy it, if you’re so inclined.

We do know some stuff about this very curious Corvette. The ad says it’s factory original, but some Google research tells us it was built back in the late 1970s by a Pasadena-based company called California Custom Coach. Super Chevy actually has a good article that covers this crazy four-door Corvette plan, but for our purposes, know that only six were built and this red example could be one of only two left.

Each car was made by basically fusing two Corvettes together – T-tops and all – with the rear glass opening to make this a five-door hatchback sports car 30 years before the Porsche Panamera was born. This particular car is reported as having just 20,000 miles, though a photo of the odometer actually shows 21,006 miles.

It’s very red inside and out, and actually, the rear bucket seats don’t look that uncomfortable. The sales description doesn't offer much else in the way of details, save for the standard-issue, used-car terms like excellent condition, fully loaded, and so forth. It’s listed as having paperwork available, and that it’s completely original. In this case, that would mean a 5.7-litre V8 connected to a four-speed automatic, making roughly 200 horsepower