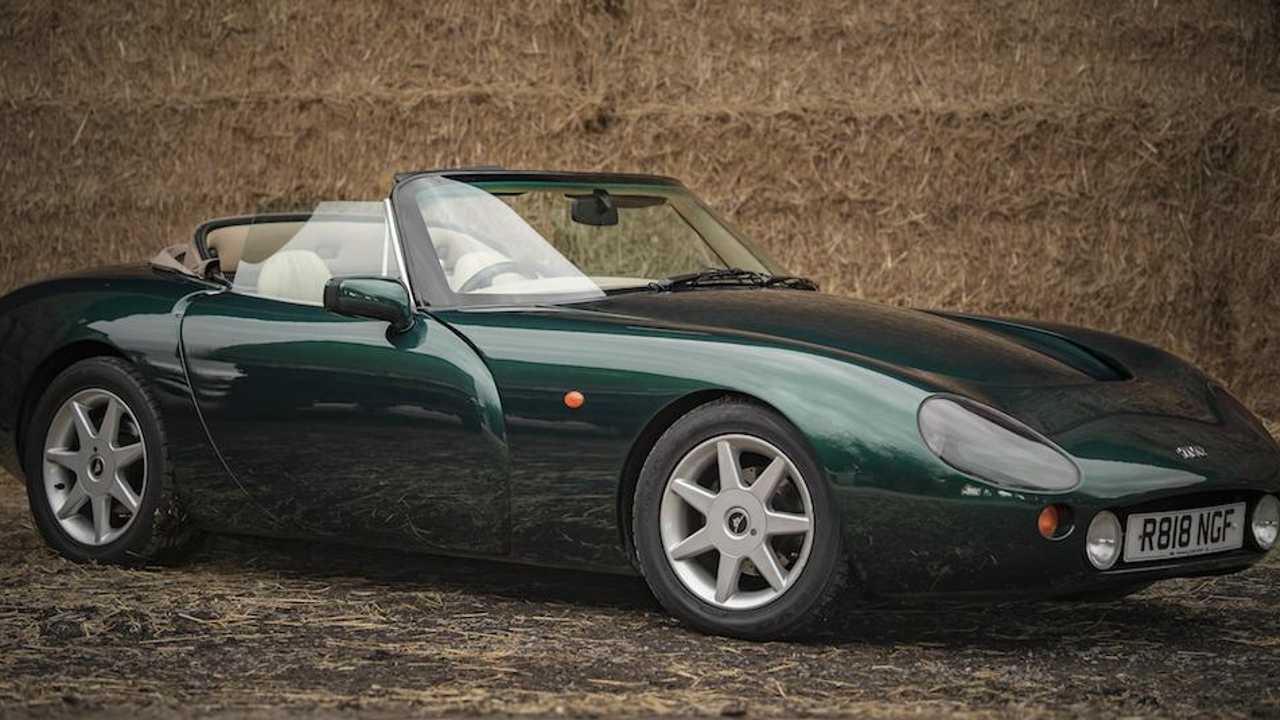 As quietly refined as a chainsaw and supposedly as reliable as the British railway network in a snowstorm? Maybe not. This TVR Griffith appears to break the old clichés

All petrolheads are born with untaught knowledge about TVRs. Basically, unless you enjoy going to your destination courtesy of the breakdown services or developing automotive anxiety of the highest order, you need to steer clear of Blackpool’s vehicular demon.

Yet, this is the talk of keyboard warriors and disgruntled, mechanically unsympathic custodians. Look after your TVR and you’ve got a V8 friend for life, albeit an alcoholic and bad tempered one. Finding a loved example can sometimes be the time consuming part, but that’s where we can help…

Coming up for online auction on November 8 is not just any TVR, but one of the best examples we’ve seen on the market for some time. Registered on March 14, 1998 from Melton Mowbray’s supplying dealer – TMS TVR, this Griffith has cast a spell on every subsequent owner.

The British beast spent twenty years in California, the American vendor treating himself to the sports car he had always longed for. As a result, the Griffith has lived something of a charmed life, lavished with care like a first-born child.

The current owner has enjoyed 12mpg for five years and cared for the vehicle’s every whim with invested time and money, making it one of the greatest examples to grace the current market.

Used sparingly and garaged away from winter salt, the Starmist Green paintwork is in fine fettle after a front-end refresh back in 2000 – removing the stonechips and installing a pair of smoked grey tinted headlamp covers. A rear light conversion was then carried out in March 2012.

Don’t panic thinking this is something inspired by Pimp my Ride, however. The upgrades are incredibly subtle and lifts what is now viewed as a dated face into a 21st century machine, evoking the look of the final, limited-edition Griffiths.

Driven only during good weather in Britain, a mere 3000 miles have been added to the odometer over half a decade. A new beige mohair hood was fitted in 2009 and remains water tight and free of rips, tears or damage.

So, being so perfect, why is it suddenly up for sale? Quite frankly, the current custodian feels he isn’t appreciating the TVR properly. The car yearns to be driven by someone who would use it more frequently.

We think this TVR Griffith puts to rest the theory that TVRs can’t have tight shutlines. Taut and lithe, this example looks factory fresh. Some Griffiths are financial time bombs destined to ruin your marriage, but this one is will be steadfast in debunking time’s great automotive myth – that TVRs can’t be reliable.