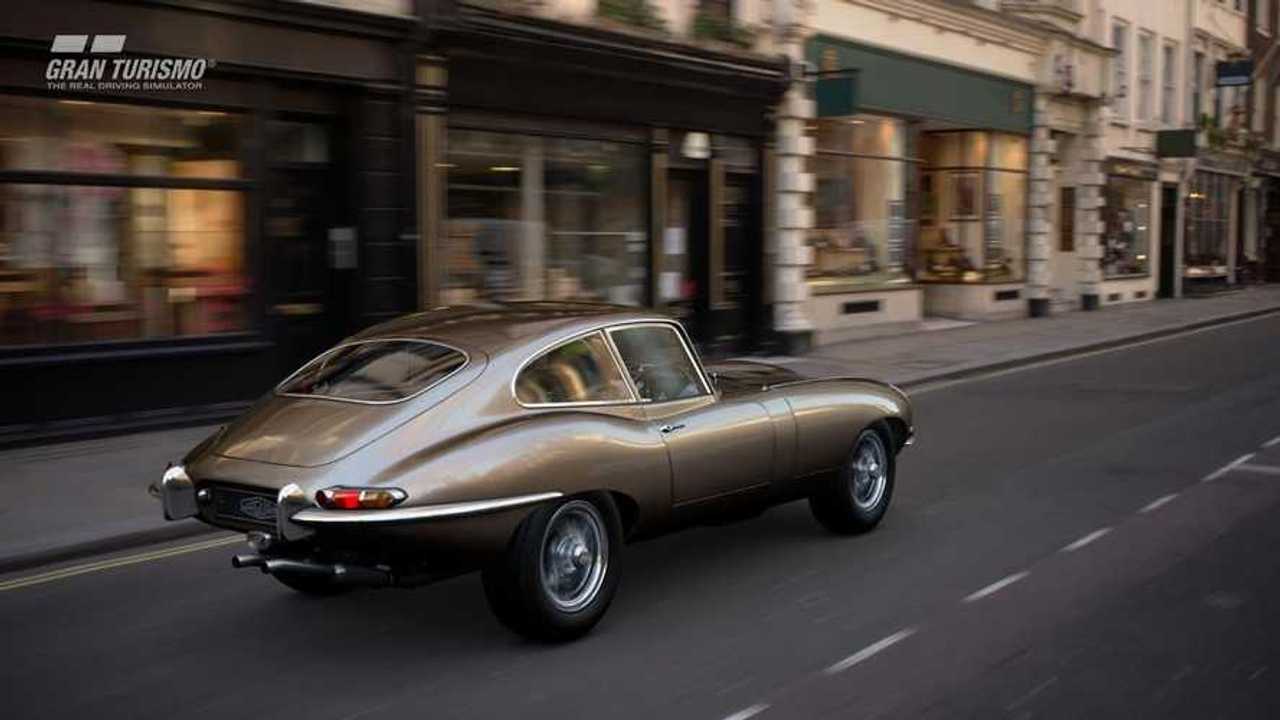 The latest update to Gran Turismo Sport includes the first E-type, a very special Subaru, a classic Ferrari and an iconic Formula 1 track

The Jaguar E-type Series I coupe and Subaru Impreza 22B STi are two of the latest additions to the Gran Turismo Sport game for its November update.

Built in 1961, the E-type came with a 3.8-litre Jaguar XK straight-six engine, and was the beginning of the E-type legend. It’s starred in previous editions of the Gran Turismo franchise, and was called ‘the most beautiful car ever made’ by Enzo Ferrari when it was first released.

The Impreza 22B STi is also a first generation car, but came out in 1998 towards the end of the production run. The car commemorated Subaru’s 40th anniversary, as well as its continued success in the World Rally Championship. Just 424 were made, several of which ended up being modified by Prodrive, which ran the Subaru World Rally Team. 22B is also the hexadecimal conversion for the number 555, Subaru's major sponsor in the WRC at the time.

Other classic additions to the game include the 1984 Ferrari 288 GTO, which was styled by Pininfarina and built with composite racing materials, and a Mini Challenge race series for original Mini Coopers, a car that was added in the last game update. In real life, the Mini Challenge is one of the biggest racing series in the United Kingdom, but caters for modern machines, while a host of other Mini championships are exclusively for the classic examples.

The motorsport side of the game has been expanded with the addition of Circuit de Barcelona-Catalunya, host of Formula 1’s Spanish Grand Prix since 1991. You can drive the turbo-powered 2017 championship winning Mercedes-Benz F1 car around the circuit, or a classic turbo-era F1 machine which was added back in March.

Three Super GT silhouette racers from Nissan, Lexus and Honda that have also been added to the game in its November update, along with a 2008 Maserati GranTurismo S and a 2009 Pagani Zonda R.