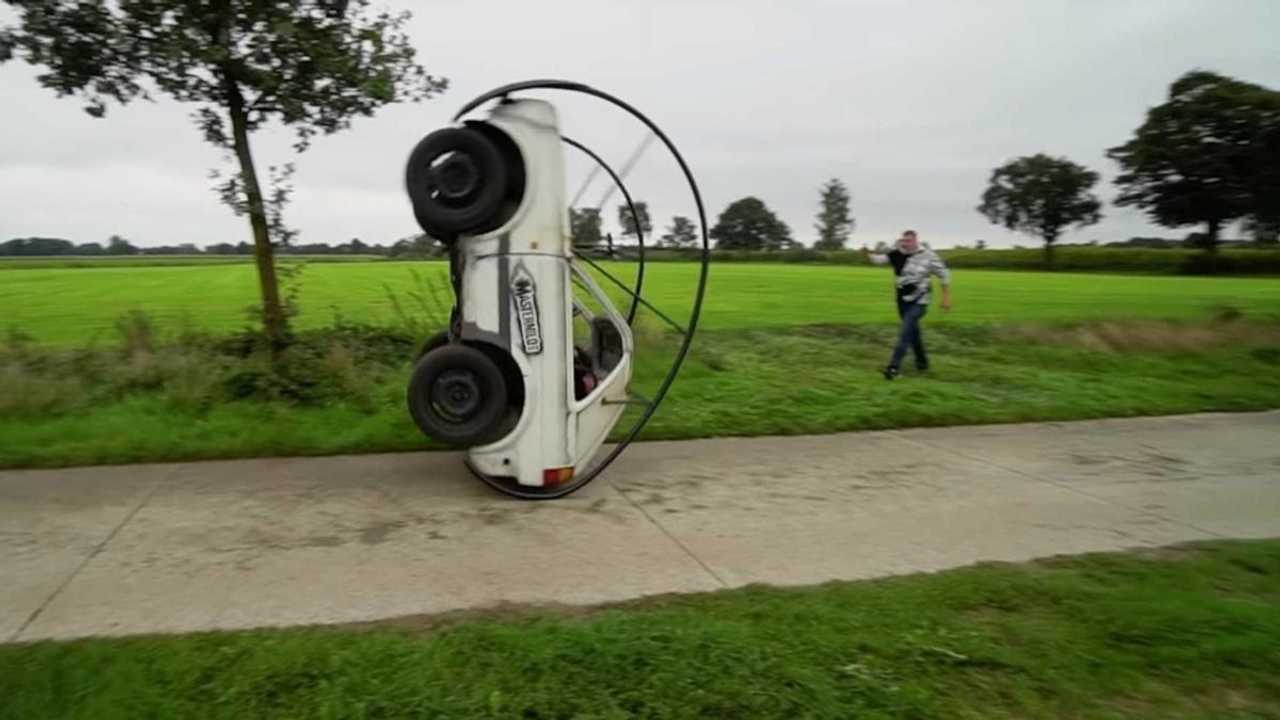 Two YouTubers have got a shortened VW Golf and attached a 'roll' cage. Imagine doing this downhill!

If you're a car enthusiast that has been lurking around the interwebs for a while, you probably know who Garage 54 ENGand MasterMilo82 are. Otherwise, here's a quick intro to these bonkers Youtubers.

Garage 54 ENG is a Russian car guy who has been known to make crazy videos like feeding salt, Coke, and vegetable oil into a Lada or the other video where he filled another Lada with 5 tons of concrete.

MasterMilo82, on the other hand, does some pretty crazy things, too, such as abusing an Opel Astra by switching it into reverse at 62mph and turning a Renault 5 into an amphibious car using juice boxes. Crazy, right?

Now, what do you think would happen when these two guys meet? That's right, more bonkers stunt.

In the video above, these two car nuts shortened a VW Golf and equipped it with a roll cage – not the racing type, more of a literal application of roll cages wherein the car is set to roll. Yes, roll. And it sure looked like a lot of fun as seen on video. This isn't the first time MasterMilo82 has attempted this stunt, but the first Golf he used ended up being burned down.

Garage 54 ENG had a really great time with rolling the Golf. He wasn't hurt either, which makes us wonder what sort of stunt would these guys do for their next meetup.

Go watch the video above but remember, these stunts were done by professionals so don't ever try this at home. There's more to life than just making bonkers videos.