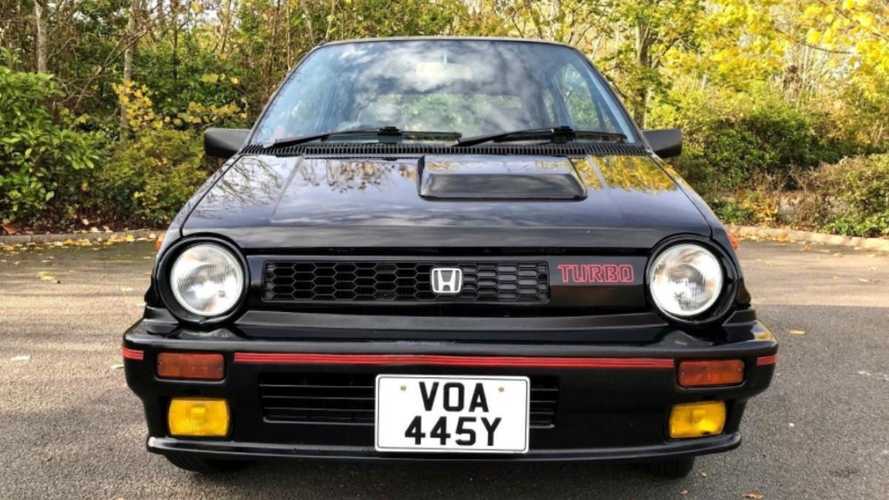 Produced between September 1982 and 1986, Honda’s City Turbo was the brainchild of Hirotoshi Honda; son of Soichiro Honda– the marque’s original founder. Equipped with a turbocharged engine and capable of ensuring even the toughest of Yakuza thugs soiled their best suits, for out-and-out mayhem on a boiled down scale, nothing came close to the City Turbo's clout.

Sharing the 1.2-litre CVCC ‘ER’ engine with more sedate automotive relatives, the addition of a turbocharger resulted in 99bhp at 5500rpm. That may sound lacklustre by contemporary standards, but in a vehicle weighing less than 700kg the output was phenomenal.

Not that the original was a full-scale production model, you’ll need to understand. Soichiro Honda also founded Mugen, a small tuning company that was starting to make tracks in the performance world of motorcycles. Struggling to gain recognition outside of racing circles, with the help of Mugen engineers, Hirotoshi took one of Honda’s least assuming vehicles and turned it into a monster.

Around 19 months into production, the City Turbo II was introduced, boasting an intercooler, revised intake plenum, modified inlet manifold and larger throttle body. This brought 108bhp to the party – enough to separate the men from the boys. Yet, for true tuned-Japanese nirvana, you need to seek out an original.

This is tricky, however. Far from a huge number were manufactured back in the day and many have since been designated to the scrapheap. However, we’ve found a cracker for sale here that's been imported from the Japanese domestic market.

Bought privately from an elderly gentleman, the car was purchased by him from new in 1983 and kept ever since. There is correspondence and paperwork to verify such claims.

The car has been very well looked after - all mechanicals are 'absolutely in perfect working order'; engine, turbo, gearbox, clutch, cooling system, suspension, brakes and tyres all in rude health.

The spare tyre is the original spare wheel from 1983 with original tyre date stamp and would make for an interesting collector’s piece. Original Honda floor mats are still fitted, too.

Indicative of the era - the dashboard is digital, with an incorporated digital boost gauge whereas underneath is free from rot with all arches intact. Need proof? It passed a recent MoT with flying colours.

This is the only factory turbocharged Honda hatchback this side of the 2015 Civic Type-R, and said to be the only one that's ever made it to British shores. With that in mind, the seller would appreciate serious enquires only...