Range Rover Autobiography for £5k : the overlooked P38 that'll spice up your life 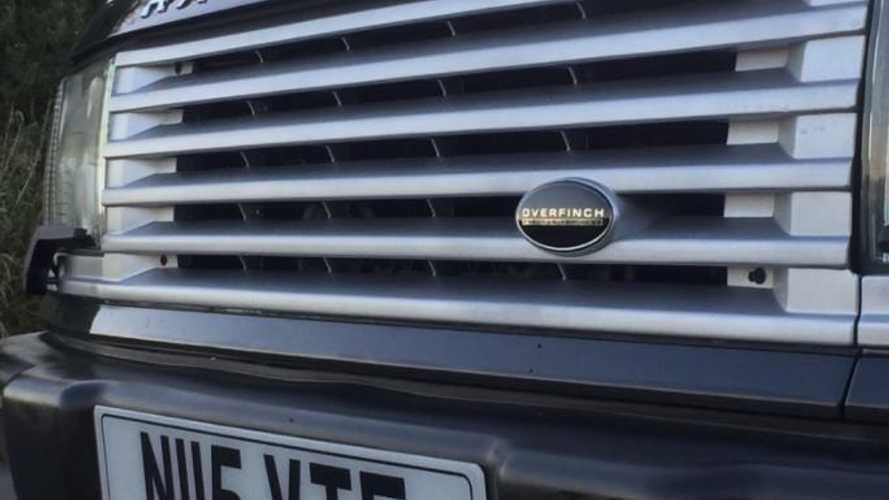 Can’t afford a Range Rover Classic or a new model? Don’t fret – there’s one generation of Range Rover you may have overlooked…

It may have been born on the farm, but the Range Rover as we know it now boasts the sort of conspicuous jewellery most commonly found on Nicki Minaji’s face. You don’t need money to run the current generation Rangey; you need staff.

As an enthusiast, this goes against all the principles established by Spen King’s original troop of engineers. The Range Rover was never intended for clientele made famous by seedy behaviour. It was never designed to cart spoiled children from double-barrelled families to private school, nor was it made-to-measure for overpaid, under educated footballers hell-bent on showboating.

The original Range Rover was an upmarket 4x4 for the masses, sporting long travel suspension and off-road prowess that kicked any Series Land Rover into a cocked hat. Sadly, the current generation misses that concept entirely. Whereas the genesis model could be chucked about with vitality and cleaned out with a hose, the current incarnation doesn't venture off-road for one simple reason: cost.

Nobody in their right mind would take a £130,000 vehicle into the dense vegetation for risk of scratching the paintwork. Nor could they get the interior wet for risk of shorting three dozen relays and a billion sensors. The same mantra applies to Range Rover Classics; far too valuable in contemporary society to tackle anything other than tarmac. However, not all is lost.

The second-generation Range Rover, dubbed the P38a, is still affordable for those on even the tightest of budgets, but you must tread carefully. Sporting a 1990s persona only now finding favour with classic enthusiasts, the P38 has ridden the bottom of the price trough for the best part of a decade. As such, many have been run into the ground or lurk within the classifieds as a ticking financial time bomb.

However, if you can find a semi-good one, you’ve got the only true classic Range Rover left. With the original model and current showroom generation too valuable to barrage through the wilderness with, and the L322 (third generation) not yet breaching the realms of affordability, the P38 stands tall as the sole surviving cohort capable of both on-road refinement and real-world off-road prowess.

Not to say that it’ll be cheap to run. There’s an un-pc want for consumption about the P38. The 4.6-litre V8 sucks in a gallon of fuel every 12 miles, whereas the BMW-derived 2.5-litre diesel unit will struggle to grasp 30mpg on a run.

Build quality on some examples rivals brittle leaves, but most of the plagued P38s have long since been recycled. As the numbers thin out, we are left to fight over the good ones – but they are still cost effective enough to enjoy off the beaten track. Especially with the 4x4 drivetrain the P38 boasts. It takes very sloppy driving to get one of these things beached.

On tarmac, with a commanding driving position and wafty great air-suspension set-up, nothing in its price bracket even comes close. We’ve got a great one for sale here – take a look!

This Range Rover is a limited edition Autobiography run of the BMW diesel engine combined with a 5-speed manual gearbox finished in Gunmetal Grey. Also consisting of full black leather interior, black roof lining and Gloss black dash panels. These are highly desirable and there are very few out there. Bag yourself a good one before they're gone...