Jay Leno Relives his childhood in a Jaguar XK120 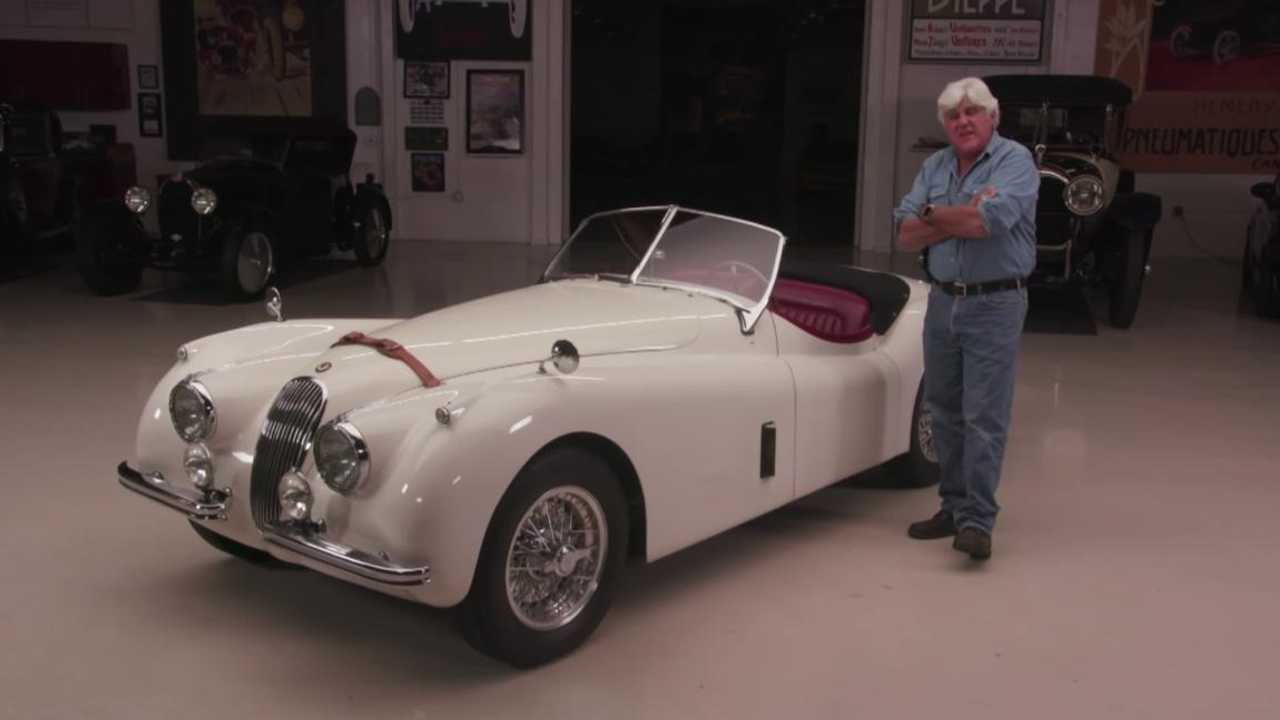 The Jaguar XK120 is an iconic classic, but Jay Leno has a special childhood connection to this car

The Jaguar XK120 was a landmark car for the British brand with the sports model becoming one of the fastest and most desirable in the world. This now 70 year-old model acquired a global fanbase, including that of famed car-nut Jay Leno who bought one himself in 1982. In the latest episode from his garage, his white 1954 XK120 gets to stretch its legs.

Leno has a vast garage that is more akin to a well curated museum than somewhere to simply store a beloved classic. Amongst the rows of pre-war machinery and poster-cars from the 1980s is a sports car that's also Leno's second oldest car in terms of ownership.

‘This is my first car when I got some money and wanted to have some fun. This is my first real sports car' reminisces Leno. But his personal connection to the XK120 actually goes back to when he was 9 years-old and spotted a blue example in a driveway.

‘There was an older guy polishing the car, and I saw it sitting in the driveway, and I was just transfixed. I just looked at it for 10 or 15 minutes, just staring at this car. I’d never seen anything like it.’

After being allowed to sit in the Jag, Jay’s appreciation for the British sports car was cemented. Amazingly, decades later Leno actually became reacquainted with the owner and sat in the XK120 from his childhood memory once again.

Leno’s own car is a shining example of the breed that has not only been restored, but tinkered with a little. Gone is the stock 3.4-litre engine and in its place sits a larger 3.8-litre unit also from a Jaguar. A five-speed gearbox also makes this XK120 a little more usable day-to-day, but everything else has been recommissioned to standard specification. It even retains its original toolkit and manual.

Taking his pride and joy for a spin, Jay remarks: ‘It’s still one of the best sounding engines ever’ while roaring through the streets of California, USA.