The Green Hornet’s Chrysler Imperial is up for sale! 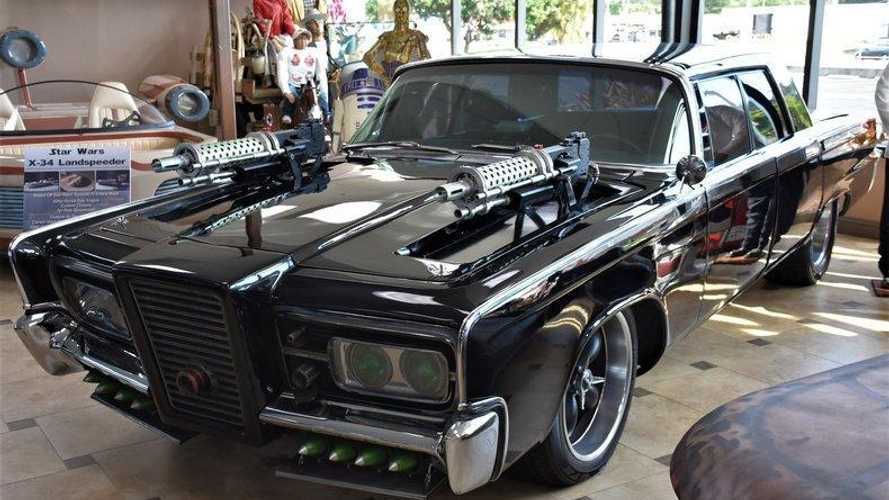 One of 28 classic Chrysler Imperial Crowns used in 2011 blockbuster The Green Hornet is up for grabs. Here's how to bag a genuine movie hero...

Forget about Kato, that catchy theme song and Christoph Waltz with wood for eyes (spoiler alert). The greatest attribute enjoyed by the Green Hornet was his car, a weapons-heavy Chrysler Imperial Crown – affectionately dubbed Back Beauty.

Originally seen throughout the cult 1966 television series, Back Beauty made a comeback during 2011 alongside Seth Rogen and Jay Chou for a 21st century reboot. It wasn’t a fleeting cameo, either – the classic car wiped out more thugs than any contaminated cocaine binge and ensured the main villain met a sticky end.

Yet, it could have been so much different. Going by the unwritten Hollywood rules, script co-writers Evan Goldberg and Seth Rogen felt pressure for commercial tie-in with a new vehicle. This didn’t sit well with them, however.

‘None of the versions that companies pitched were as cool as the original," claimed Rogen back in 2011, starring then as Britt Reid/Green Hornet.

To persuade director Michel Gondry against the use of anything new, an old Chrysler was purchased and modified with lowered suspension, tinted windows, green headlamp covers and hot-rod wheels. It instantly gained Gondry’s approval.

The only hurdle was finding more of them for stunt work. A total of 28 ’64-’66 Imperial Crowns were required for production necessities, with two hero cars boasting pristine paintwork and panels for close-up work.

"We had two hero cars that were basically pristine, with a fully functioning interior, and they weren't used by the stunt department," car co-ordinator Dennis McCarthy told Popular Mechanics in 2011.

"Then we had cars that had no motor in it for some kind of gag. What really ate the cars up the most, though, was final chase sequence—the car just goes through various degrees of destruction, and we had to have multiple cars for each degree of damage."

And, believe it or not, it’s one of these cars that we have for sale in the AutoClassics classifieds. Not only does it trumpet movie provenance, but it’s also undergone a Columbia pictures-funded restoration.

Most of the cars sourced for the movie were in terrible shape, oozing rust and mechanical problems. To combat the tin worm, each car was stripped to the bare shell before mechanics installed a Chevrolet ZZ54 V8 engine under the hood. Race Trans Turbo 400 transmission was shoehorned into the drivetrain, alongside Ford differentials and four-wheel disc brakes; making for a perfect blend of old school looks and useable power.

Quite which onscreen moments this vehicle can lay claim to would take further research, but as the advert states the vehicle is a ‘stunt car’, we can imagine that should prove entertaining to find out…

Like the idea of owning a slice of film history? Take a closer look with the AutoClassics advert.

Gallery: The Green Hornet’s Chrysler Imperial is up for sale!