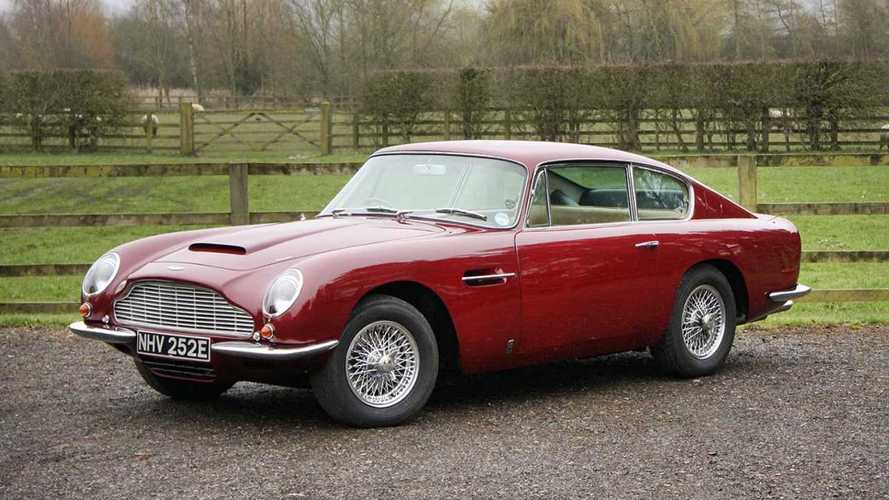 The DB5 get all the glory, but the later DB6 was arguably a much better car. This restored example in our classifieds of the British GT has to be one of the best

The Aston Martin DB5 might get all of the fame from being James Bond’s vintage car of choice, and the DB4 its recognition from motorsport, but the later DB6 is the most refined of the trio. A shining example of this classic GT has just surfaced in our classifieds.

Once the longest serving Aston Martin DB models, this luxury GT saw great success despite the lack of design work from Touring of Milan. Aston wanted to develop a more aerodynamic package to reduce lift at high speed, while also possessing a longer wheelbase to address the lack of legroom for rear passengers in the DB5.

This 1967 DB6 is an early Mk1 car finished in Dubonnet Rosso and was restored in the 1990s by London based Aston specialist Vic Bass. He stripped the floorpans, rebuilt the suspension, refitted the fuel lines, before it was sent to Spray-Tec of Northampton for a full respray in 1992. During this extensive restoration the 4.0-litre in-line six engine was overhauled to ensure perfect running order was maintained. In 2014 the sluggish automatic transmission replaced was with a much more desirable Tremec five-speed manual at the cost of £10,000.

The car’s BMIHT certificate confirms this example to be highly original with the trim and colour being exact from its 1967 sale date. It also lists optional extras ordered with the car including chrome road wheels, heated rear window, three-ear hub caps, powered aerial, LSD, and Avon Turbospeed GT tyres.

A fresh MOT with no advisories is always a good sign and the advert assures potential buyers that the DB6 has been regularly maintained by its current owner since 2013. £229,000 ($298,000, €261,000) might sound like a sizeable sum, but just like its siblings, values of DB6s are rising. This car is beautifully presented and represents a great opportunity to acquire a pristine example of this British GT. You can view the listing in full here.