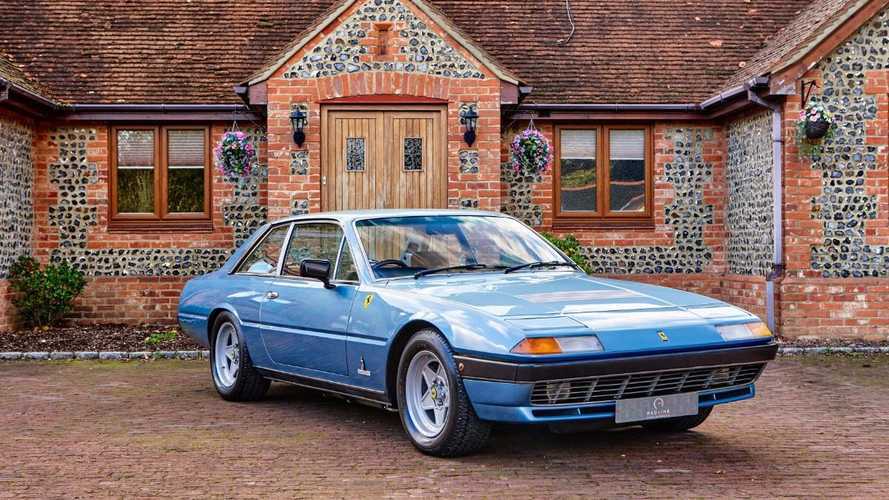 The Ferrari 400i V12 never found love with purists, making it one of the greatest classic car bargains out there

The 400i scrapes the bottom of Ferrari’s exclusive price trough. Purists view the much-maligned 400 series as the runt of the litter, occupying a lonely stable as Ferrari’s only front-engined showroom model from 1972 until 1989. Yet, the unloved Ferrari is so much more than that.

Manufactured for the best part of 17 years, the 400 remains one of the longest running vehicles in Ferrari’s history. Yet, boasting such a claim strips the 400 of any merit. The lampooned sober-suited styling clearly isn’t to everyone’s taste, but – like it or not – the 400 set a tone that Ferrari adapted to craft some of the greatest GT cars from the last twenty years.

Unlike previous vehicles trumpeting the prancing horse, the Ferrari 400 was a 4.4-litre V12 for the family man. Available with automatic transmission, power was fast flowing whereas handling debunked the myth that large cars could only offer the grace of salsa dancing with a hippo.

Having upset the Ferrari fraternity purely for existing, the 400 series has remained unappreciated. Until now. Classic V12 Ferraris are becoming ever more difficult to source, resulting in a surge of interest for healthy 400s. Quentin Wilson was quoted as saying: ‘this is a front engine V12 classic Ferrari still available for around £50k. That statement might not hold for very much longer’.

The best of the bunch will forever be the last-of-the-line 412i, yet for the ultimate bargain you’ll want to hunt down a 400i. It’s got the V12 and the stance, but rarely commands the same asking price as its brethren. The tricky task is finding a good one, although we can do that for you…

One of only 25 right hand drive models crafted for the UK market, this 1982 Ferrari 400i is finished in rare Azzurro Metallica with Beige/Sky Blue hide. It’s quite a mix.

After a couple of years of ownership, the Ferrari was sold to Mr J.D Lawrence who kept it until 2004 when purchased by a Mr J. Connell.

During Mr Connell’s ownership, around 2008/9, the car benefited from a host of mechanical works undertaken by specialist Neal Lucas Sports Cars.

Sufficiently convinced that the 400i is more than just the run of the Ferrari V12 litter? Visit this car's AutoClassics listing to find out more.