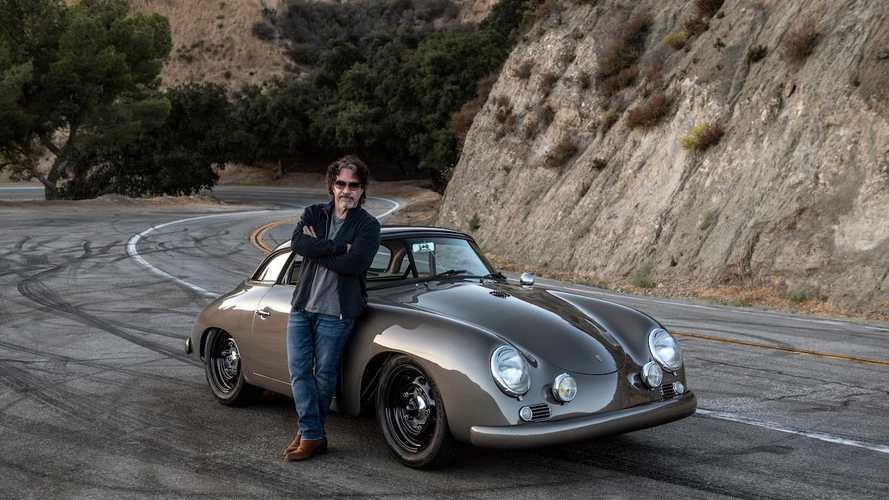 John Oates, one half of the best-selling music duo in history, unveiled his 1960 custom Emory Motorsports 356 at the Porsche Atlanta 70th birthday party

John Oates, of record-breaking band Hall & Oates, has just taken delivery of one of the best early Porsche 356 'Outlaw' builds we've ever seen.

The donor car, a 1960 356B Cabriolet, went to Emory Motorsports founder Rod Emory, the restorer credited with bringing the Outlaw Porsche movement to the forefront of the collector car world.

Hall & Oates are considered the world’s best-selling music duo in history, and guitarist, vocalist and composer John Oates is a longtime Porsche enthusiast and collector. He decided that he wanted the perfect Porsche 356, aiming to preserve the styling but give the car more-modern performance, along with other custom touches.

'When people hear custom, their minds tend to go to the outrageous, but our work is all about restraint,' explains Rod Emory. 'John’s 356 is perfect example. The body began life as a 1960 356B Cabriolet, which had a removable hard top. We replaced the car’s damaged nose with 356A-style bodywork, but leaned it back for a sleeker appearance.

'We also modified the windshield frame the same way. The removable hard top was tailored to create a more streamlined roof profile, and we integrated body-hugging 356A-style bumpers. Everything is presented in the same way a new 356 would be rolling off the line. The key difference is the subtle changes Emory Motorsports makes to the original design.'

There's also a mid-1960s Porsche 904-style triple gauge, Derrington steering wheel, Emory Outlaw shift knob, black control knobs and escutcheons, and the radio-delete option. A rollbar was added in case Oates decides to track his 356 but it's removable for road use.

The car as seen here has a reprofiled factory hardtop but it also comes with a custom soft-top. Other body modifications include hood-handle delete, body-hugging bumpers, body-mounted driving lights, and an Emory reverse-louvered deck lid. It weighs 1850lb.

The car was debuted at a private concert at the Porsche Experience Center in Atlanta as part of the marque’s 70th Anniversary celebration.