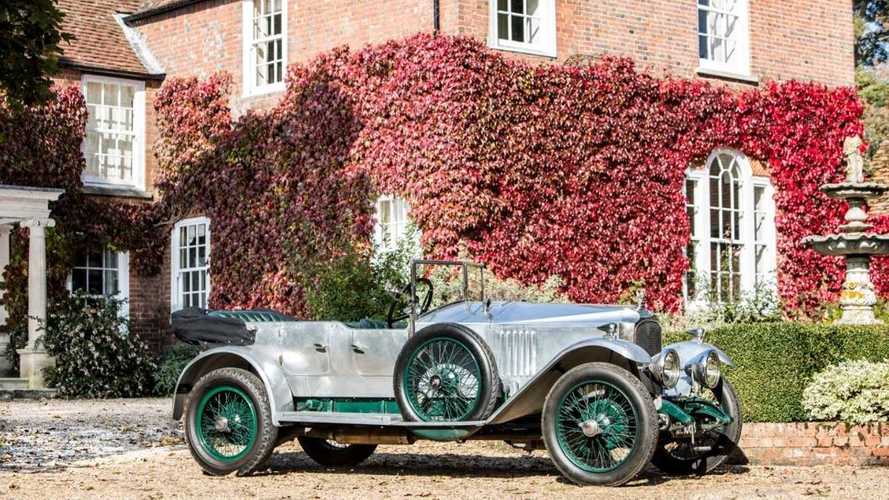 A far cry from the bland, dime-a-dozen Astras and Insignias of today, the 30-98 was known as a one of the outstanding sportscars of its era, regularly competing on speed trials at Shelsley Walsh and other climbs around the United Kingdom.

“No truer slogan was ever given to a product by its manufacturers, than that by Vauxhall Motors when referring to the "30/98" - A sporting car which has never known a superior," said journalist George Sanders in his 1946 review of the British open-top tourer in Motor Sport.

No wonder then that Singh, ruler of the Kashmir region in Northern India for 36 years, made this his vehicle of choice. Naturally for the ruler of a princely state, Singh custom ordered his aluminium-bodied 30-98 with a number of non-standard modifications, including an extra passenger-side door to even out the asymmetrical layout of the cabin.

Also specified was a split windscreen and, oddly, a second handbrake on the vehicle’s passenger side, Singh’s desire for symmetry perhaps going a little too far. There aren’t two sets of pedals and two steering wheels, at least.

‘This is the finest 30-98 ever offered by Bonhams, and its rare aluminium body and extraordinary specification makes it one of the most important examples in existence,’ said Sholto Gilbertson, department director at Bonhams.

After its spell of ownership with Singh, the 30-98 changed hands several times, with owners in India, Pakistan, the United States and the UK. At one point it belonged to serial car collector and watchmaker extraordinaire George Daniels, later passing through Vintage Sports-Car Club of America president Ed Roy’s ownership before landing back in the country it was built.

Ahead of its sale in December, the Vauxhall 30-98 OE Velox Tourer can be viewed at 101 New Bond Street today and tomorrow (November 1-2), with its sale set for one month later on December 1.