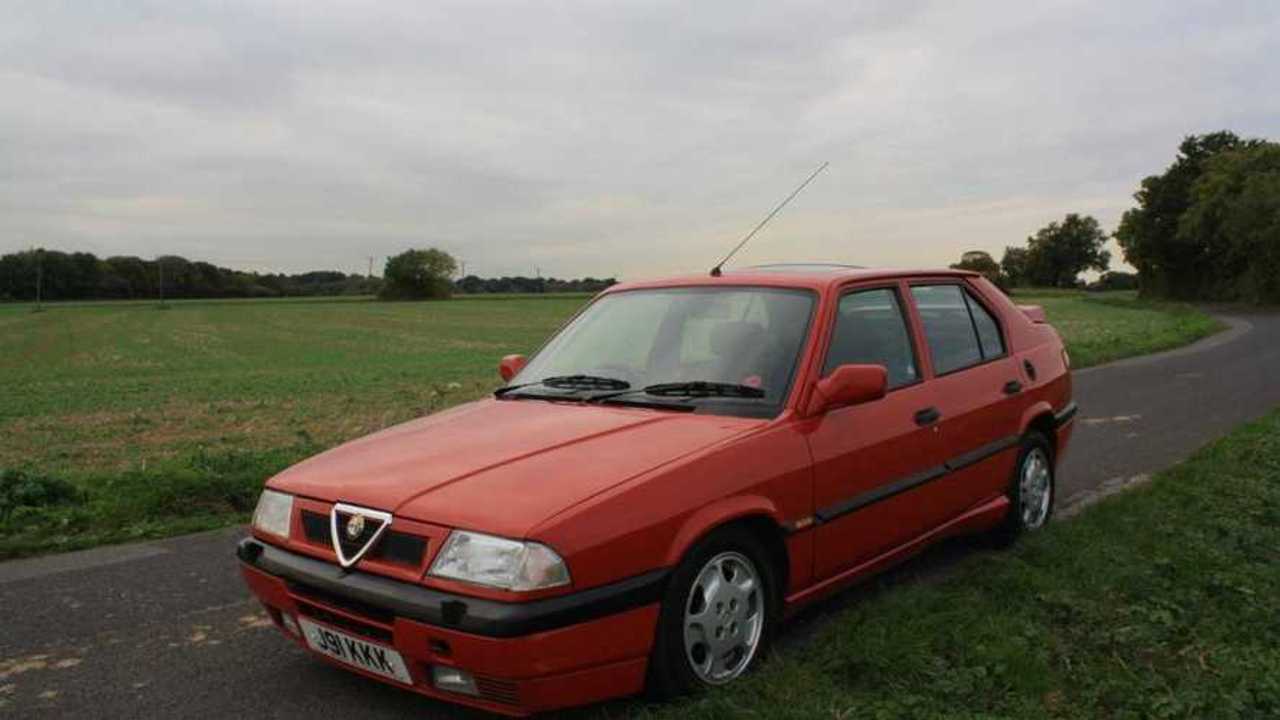 While class rivals like the VW Golf GTi stole the hot-hatch crown, Alfa Romeo's hot version of the 33 was larely ignored. Is it time to give the 33 S 16v P4 a second chance?

From the mists of time, a forgotten hatchback bodied car has appeared for sale online. And not any old car, a sporty Alfa Romeo. In 1983 it created the 33, a successor to the popular Alfasud.

More than one million cars were made, almost all around a petrol-fed boxer engine. There was a sporty version of this five-door classic called the 33S 16v Permanent 4, which not only added performance, but cured some of the faults 33 owners had wanted rid of.

This car brought Alfa Romeo into the 1990s, with a modern interior, fuel injection and a more powerful engine with better torque steer. It sold well, and drove well too with power-assisted steering and four wheel drive. Although Alfa Romeos are often infamous for their lack of reliability, the 33 was assisted by engineering continuity carried over the years from its own production and that of its predecessor.

So it’s a surprise that not many people look towards the 33 when buying a second-hand car. The owner of the car for sale knows its worth, and is making a reluctant sale because of a wealth of other projects. It’s unrestored, retains its original Alfa Red colour scheme, and has done 58,000 miles unrestored. The first owner of the car had even more love for it than the current one, hanging on to it for years before selling it on. The sale comes with the full service history and other documentation.

The car and owner are described in the listing as having a ‘superb Recaro interior (no rips or tears), largely unmarked bodywork but a few age related scuffs, scrapes, rot free with a neItw MOT and recently serviced/re-commissioned by Bianco Auto Developments (Sud and 33 specialists). Hardly any of these left and a cracking car with quad cam 16v flat four "boxer" engine. Needs a good home (and yes viscous coupling works). Enthusiast and AROC owner.’

It might not have the poised handling or reliability of its class rivals but, if that's your priority, you probably wouldn't be looking at an Alfa Romeo in the first place, at least on the second of those points. Visit the auction listing if you're looking to stand out from the early '90s hot-hatch crowd.