Listen to the 550bhp New Lancia Stratos on a dyno 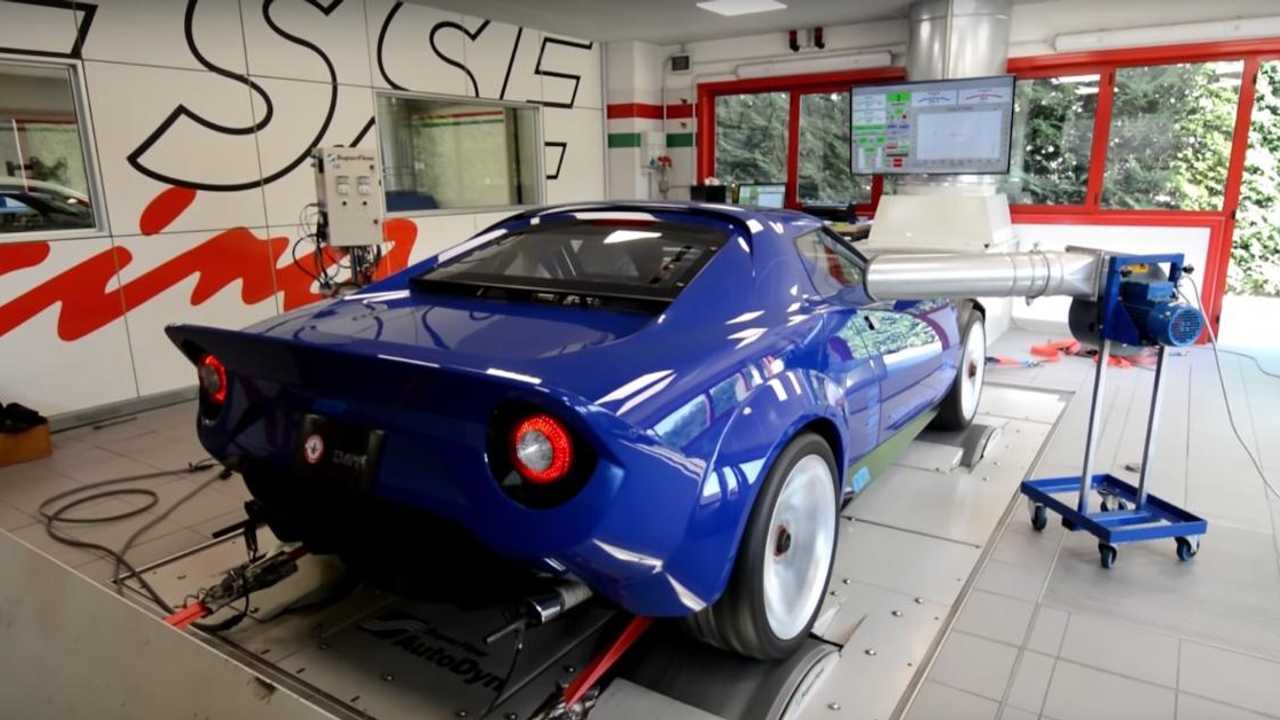 The new Stratos has finally become a reality with a 25-car production run. Watch this early car test its Ferrari F430 heart!

In today’s world we frequently see the rebirth of iconic models for the modern day. The Mini, Fiat 500, Alpine A110, all reincarnated for the 21st century. However, there are some legends that manufacturers dare not touch such as the BMW M1 or Lancia Stratos.

While Lancia might not have what it takes to produce a modern-day Stratos, Manifattura Automobile Torino does and it has been letting this new supercar sing on a dyno.

The realisation of the ‘New Stratos’ dream happened in 2010 when entrepreneur Michael Stoschek and Pininfarina created the car. Over the years there has been plenty of talk about a production run, but also lots of speed bumps in that particular road. However, Manifattura Automobile Torino (MAT) have now been licensed to create 25 examples.

Early testing has progressed on to the dyno, with this early production run car undertaking benchmark testing and stretching the legs of its Ferrari F430 sourced 550bhp V8 engine. It sounds glorious at full-chat with a really pure naturally aspirated scream as it approaches its rev limiter.

The new Stratos begins life as a Ferrari F430, but the chassis is modified to fit the profile of the new-age supercar. Then the Pininfarina designed bodywork encases the shortened wheelbase and new engineering that goes into this car. Its interior is minimalistic but purposeful with a roll cage and space for racing helmets. The project is in good hands as the CEO of MAT, Paolo Garella, was the program manager of the 2010 New Stratos the first time around.

Another exciting announcement on the Stratos stand at the Geneva Motor Show was that there will be three variants of the car. This street-legal supercar, a GT racing car, and a Safari rally derivative. The latter really piques our interest. Alas, we lack the €550,000 ($625,000, £490,000) needed to obtain this unique machine.