New Citroën push toy is a classic car for children 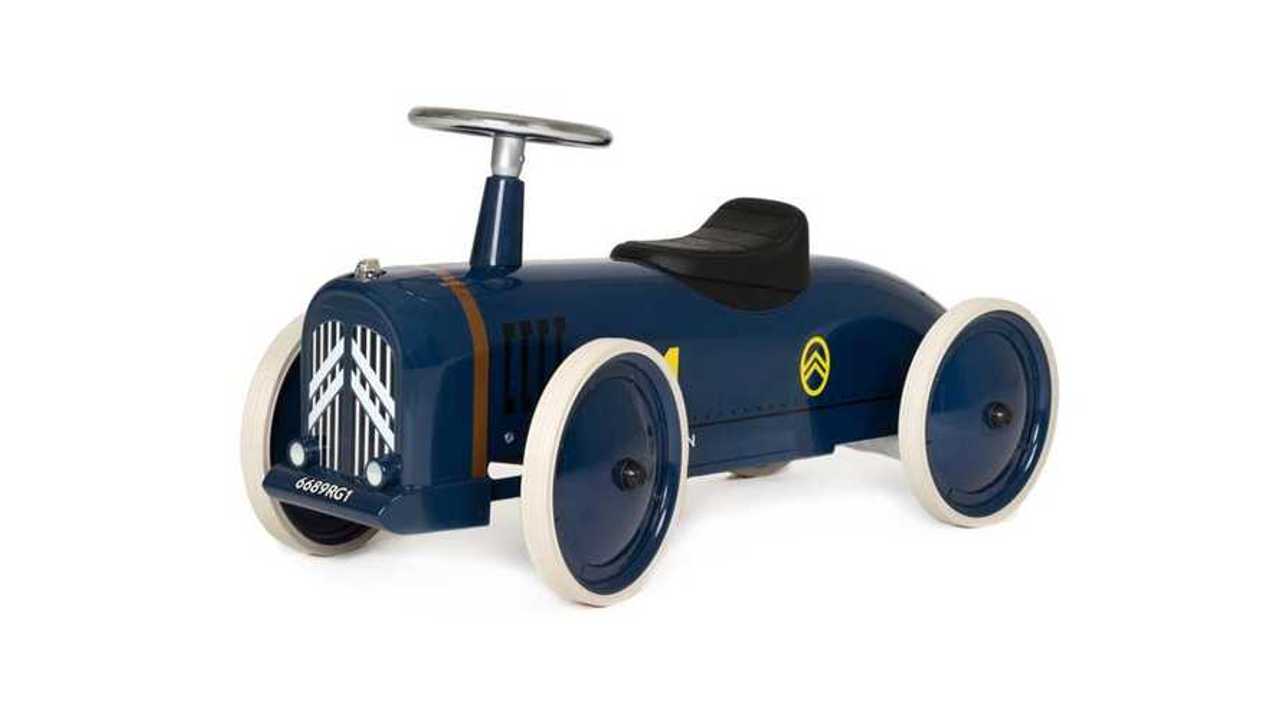 Hoping your offspring or young relatives will grow up to be a classic car enthusiast? A new range of toys from Citroën this Christmas will help get them hooked

Buying your young child a Citroën probably isn’t most people’s first idea of a perfect christmas present, but for classic car enthusiasts it may just be the gift needed to instill that love of old machinery.

Citroën’s Lifestyle brand, which produces a variety of consumer goods by the French marque, is now making a number of model and toy cars from the brand’s history. Some are high detail miniature models, for the budding enthusiast, but the starting point is the simple Petite Rosalie (literally a small version of the 1933 Rosalie racing car), in which the very young can experience the thrill of speed in a vintage car by perching themselves on top and riding it around the kitchen.

The car came about from a collaboration with French pedal car specialist Baghera, although this model appears to have none of the complexities bar what looks like a vertically-placed steering wheel on the top of the car. Its €129 price tag may seem expensive at first, but as a classic car investment, and in your child’s future, it’s damn cheap.

There is also a wooden Type H car, also aimed at small children taking ‘their first steps’, and this handy sized vehicle is good to take out and about with a length of cord a child can pull it along with. Make sure they don’t let go though, especially as original Type H’s are collector items. Citroën has a history in producing cars solely for children, having designed its first ‘kids special’ in 1924.

Not every child wants to be a driver, and there are also wooden 1/64 miniatures which will bring a smile to those with their eye on engineering instead. There are wooden miniatures of the 2CV, Traction Avant, Rosalie and Méhari, each in a variety of colours. On the other end of the design spectrum is a number of 21st century vehicles, including the Citroën C4 Cactus.

Perhaps the most interesting item for adults Citroën is selling though is the SEETROËN glasses, which the car company claims are the first glasses to do away with motion sickness. They’re equipped with ‘moving coloured liquid in the rings around the eyes, recreating the line of the horizon to resolve the sense-based conflict that causes motion sickness’. At €99, this might turn out to be a good value purchase for life.