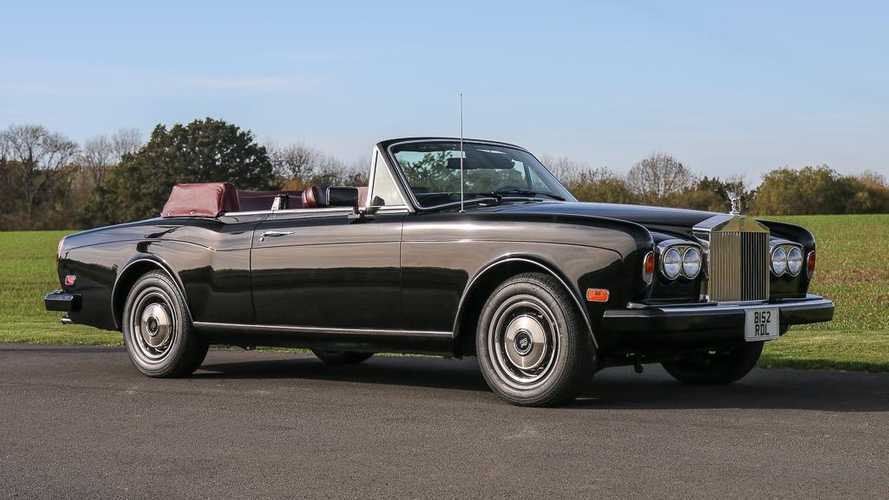 The 1950s and 1960s was a golden era for American entertainers. Coalescing around Las Vegas, a group dubbed the 'Rat Pack' centred around three behemoths of the entertainment industry: Frank Sinatra, Dean Martin and Sammy Davis Jr.

Sinatra loved his cars; a Lamborghini Miura and a Jaguar XJ-S V12 just two of the vehicles that passed through his collection. Another was a 1984 Rolls-Royce Corniche, gifted to him by Martin and Davis Jr for his 70th birthday, has been sold publicly for the first time by Silverstone Auctions last weekend, fetching £140,000 ($180,000, €160,000), well above its original estimate.

More cars owned by the stars

Imported to the United States in November 1984, this Mason Black Corniche was given to him by Marin and Davis Jr on December 15, 1985, three days after his 70th birthday, joining his collection at Palm Springs a few weeks later.

But, as is often a problem with gift giving, someone else had the same idea. Lucky ol’ blue eyes was also presented with a white Corniche by his record company. Spoilt for choice, he kept the Rat Pack car to himself, while handing the keys to the white Corniche to his wife, Barbara. It might have been a sentimental choice – or perhaps have been due to custom-ordered cocktail requisites being built into the passenger doors of the black Corniche.

After a little over four years Sinatra then gifted his black Corniche to his personal assistant Ingemar Fredriksson as a thank you for a decade of service. Fredriksson used the Corniche as a daily driver until his own retirement in 1997, presumably making his commute far more pleasant than the average Californian stuck in gridlock.

The car would change hands once more in 2001 when Fredriksson used the Corniche as trade-in against a new house in Spain, where it laid in storage until an ‘extensive programme of recommissioning works’ was carried out by marque specialists over a period of two years between 2015 and 2018.

Mechanical restoration was the focus of its recommissioning programme, with a refreshed engine, suspension and braking systems amounting to £54,000 ($69,000, €61,000). With such an extensive sympathetic restoration undertaken and verified certificate of provenance, it wasn't a massive surprise that prices flew straight to the moon.