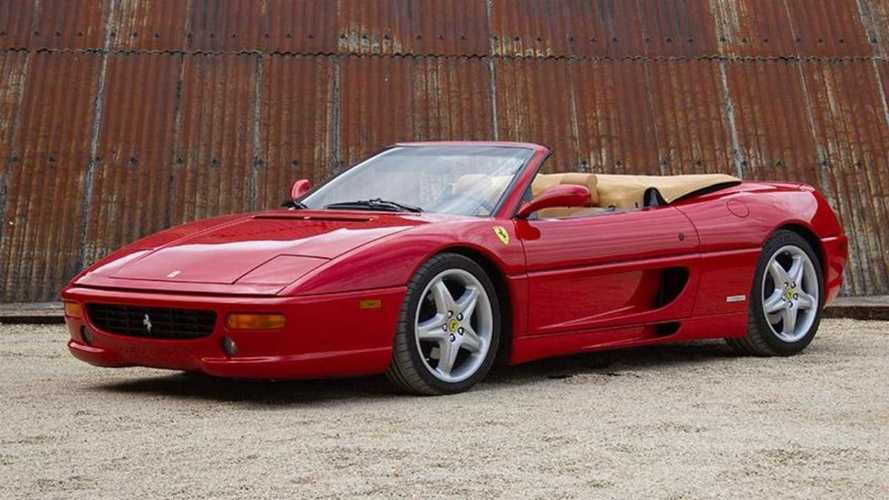 The Ferrari F355 returned the prancing horse to the top of the supercar game. This low mileage Spider has all of the credentials to become an appreciating asset

Ferrari has earned its high performance reputation through the decades with dominant victories on track and aspirational models for the road. Today it is one of the world’s most recognised brands but the prancing horse has gone through periods of producing sub-par cars. To wash away the sins of the 348, Ferrari created the magnificent F355 — a model truly worthy of its heritage. This Ferrari F355 Spider with incredibly low milage embodies the Italian brand at its best.

When the Ferrari F355 revealed to the world at the Geneva Motor Show, it not only wowed crowds, but would also go on to silence some of Ferrari’s biggest critics. Powered by a mid-mounted 375bhp 3.5-litre V8 with an 8,500rpm redline, it was Ferrari’s answer to the upstart Honda NSX that shamed the F355’s predecessor.

Power was sent to the rear wheels via a beautiful open-gate six-speed manual transmission, something greatly missed by enthusiasts on modern-day Ferraris. In later years the F1 semi-automatic gearbox was added and would drive manual Ferraris to extinction.

This particular Ferrari F355 Spider is an early 1997 example that was originally delivered to Kentucky, USA. Throughout its life this red and tan car has been maintained by specialists across America. Earlier this year the red drop-top made its way to the UK where the Meridian Modena Ferrari dealer serviced it and found that it was in perfect running order.

With just 3 owners from new, it currently has just 13,000-miles on the clock making it an exceptionally low mileage example of this great supercar.

The Classic Motor Hub currently have the Ferrari listed for £79,950 ($102,000, €90,000) which is actually a bit less than we’d expect considering its mileage. Ferrari prices generally follow an upward trend, something we’d fully expect a modern classic such as this to continue in years to come.