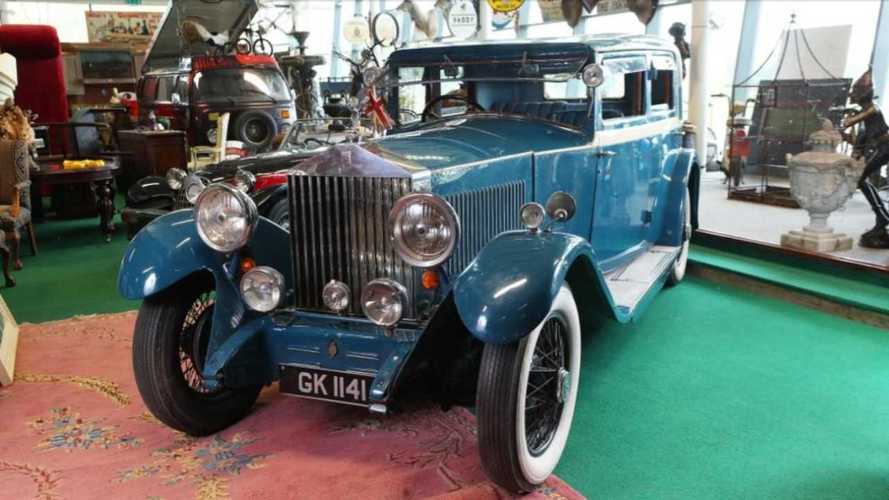 A Rolls-Royce belonging to a former deputy prime minister of the United Kingdom is being sold in Victor Mee's ‘Brexit auction’ tomorrow, taking place in the middle of Ireland. How very 2018.

Irish auctioneers Victor Mee and Signature Auctions are putting a wide array of items under the hammer, and its small automotive offering is on the blocks tomorrow. Leading the selection is the 1930 3.7 litre Rolls Royce GK 1141 20/25 continental saloon, originally built for the heir of a industrial textile empire before making its way to Rab Butler, a Conservative politician who served as deputy prime minister in the 1960s.

Other highlights of the auction include a jacket signed by seven-time Formula 1 world champion Michael Schumacher and a 40 foot long vertical backdrop from the Papal mass in Dublin’s Phoenix Park in 1979.

‘This auction highlights the long-standing links between our two nations, Ireland Great Britain,’ said Signature Auctions’ Niall Mullen. ‘We expect the sale to draw bidders from across the UK and Ireland as well as attracting interest from collectors from around the world. Everything must go and there is no reserve. We are also welcoming absentee and online bids for this sale.’

Victor Mee of Victor Mee Auctions added, 'I am delighted to partner with Niall once again to organise such an exciting auction. Each piece of memorabilia in the auction is extraordinary and we are very much looking forward to welcoming visitors to the Heritage Hotel in County Laois'.

The full 2000 piece strong auction catalogue is available to view at Victor Mee Auctions, with all the automotive lots grouped together here.