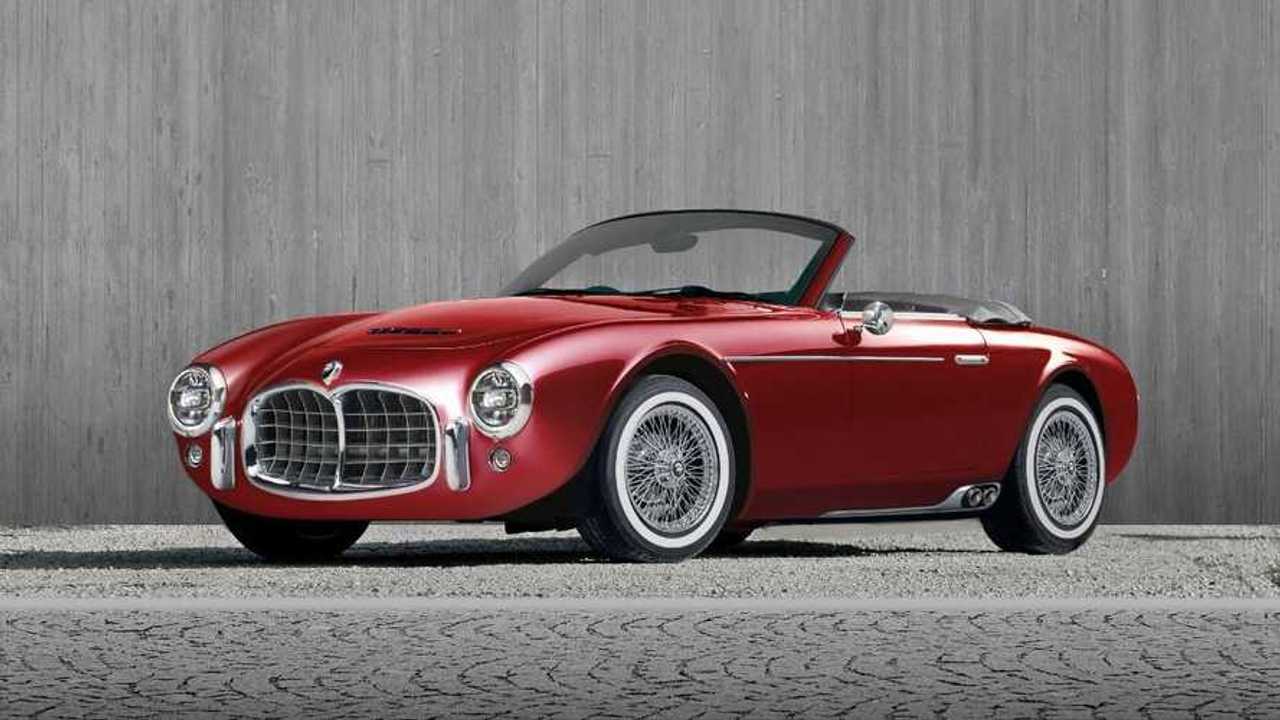 The company behind the DeTomaso Pantera revival is planning to extend its retro-futuristic line-up further, with a new concept based around the Maserati A6G/2000 Spyder by Frua

Italian coachbuilder ARES Design is on a roll. After launching the Panther, an homage to the DeTomaso Pantera based on a Lamborghini Huracan, and a Ferrari 412 throwback built upon the new GT4CLusso, they’re going even further back in time, releasing details of a concept which strongly evokes the Frua-bodied Maserati A6G/2000 Spyder.

Featuring near identical lines, headlights, radiator grille and wire wheels to the Maserati A6G/2000 Spyder by Frua – the original of which is worth $2.5 million (£2m, €2.2m) – ARES Design’s latest design codenamed “Wami” appears to be approaching a like-for-like exterior recreation of the 1950s coupe, albeit built using a mixture of carbon fibre and aluminium.

While the exterior is near identical to the car which inspired it, the Wami’s interior is modernised compared to its forebearer, with the oversized speed dial and rev counter less prominent, though the trademark wooden steering wheel is still present in ARES’ concept images.

So far only computer renderings based on CAD designs have been released, with no word on an official launch, production timeline or pricing. That isn’t a massive surprise given it already has a full slate of radical designs heading for production, with modified Chevrolet Corvette Stingrays and Land Rover Defenders also part of their line-up along with the flagship Panther.

Though we’re unlikely to see it in the flesh for a long while yet, it’s a promising new direction from ARES, selecting a rare and significant design for their latest project that delves even further back into automotive history than before.

One of Italy’s most renowned coachbuilders Pietro Frua penned a sleek redesign of Maserati’s versatile A6 model, which served as a base for variants ranging from grand tourers to Formula 1 machinery.

Only three A6G/2000 Spyders are believed to have been dressed in Frua’s coachwork, with a single example fitted with side exhausts that sold for $2.5m at Monterey Car Week in 2013. Although the exhausts on the Wami concept are enclosed by bodywork on the sills, they exit before the rear wheels, a very specific nod to this example of the Frua Spyder.