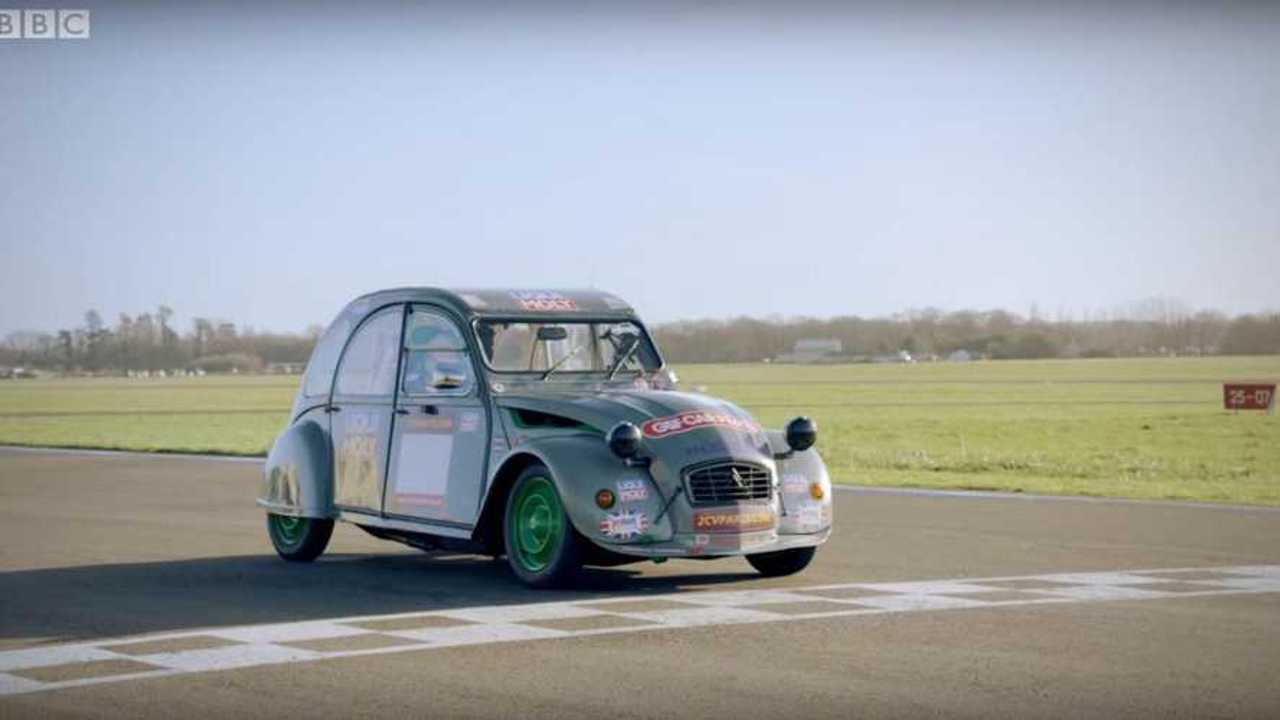 Top Gear may have announced a headline-grabbing new line-up of presenters, but the first new clip from the show is keeping to the basics: a cool car and the Dunsfold Aerodrome test track. Returning presenter, and some-time racing driver Chris Harris has taken one of Britain’s many racing-spec Citroën 2CVs around the circuit in a video available on the show’s YouTube channel.

Sadly this segment won’t appear in the main show, as its part of the ‘spin-off’ Extra Gear, which is basically the pork trimmings of Top Gear. This clip carries Harris’s infectious enthusiasm from the telly set to your computer by sharing ‘the joy’ of the 2CV.

‘Whether it’s a road car, a pick-up, an old one, a new one, or like this one: a racing car. The 2CV is a thing of joy for me,’ starts Harris as he laps Top Gear’s test track.

In the space of one lap, which is done at considerable speed and with a fair amount of opposite lock, Harris talks the viewer through the history of 2CV racing in the UK, which covers off mid-race engine changes in 24 hour races, how to turn a base car into a racing machine (including a massive engine upgrade to 45bhp, a change of roof from canvas to metal and lowered suspension), and of course how it is to drive at full pelt.

Onboards and track-based cameras show how much of a handful the car is, and Harris describes the in-car experience in frightening but endearing terms.

‘It has so little grip that on a slightly slippery day like this, it is difficult to describe how little grip it has. But when a relationship can be created between the lack of grip and the fun you have in a car, then that’s a great thing. Look at me, I’m just smiling.’

Cue a smile from Harris, and one mighty slide through the fearsome Follow-through corner.