Volvo 240 for sale: indestructible European classic for under $8k 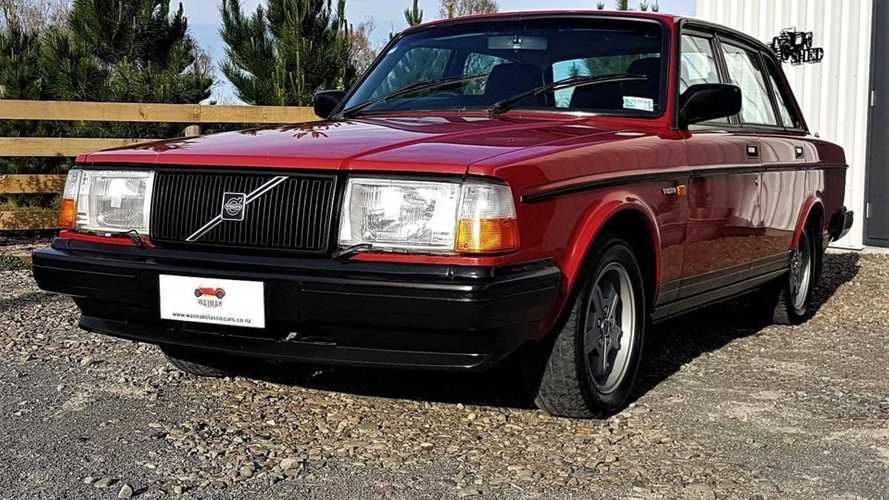 Is this the toughest classic ever? We delve into the Swedish charms of the Volvo 240 – a sturdy wagon with steadfast practicality and reliability.

When talking about future classics, it’s difficult not to explore the wild avenues of Lamborghini, the wide range of Ferraris or the melting pot that is the Porsche line-up. People currently go mad for original Range Rovers and Ford Escorts, while others worship the hot hatch or the supercharged saloon.

We’ve decided to ignore everyone and talk about the Volvo 240 – more block-like than a brick, and often as weather-worn as Macaulay Culkin. It’s a contender for best car in the world.

The Volvo 240 might not be viewed as a classic by the masses, but think outside the box and you’re onto a winner. It doesn’t have an interior crafted from African endangered Rhino with albino hippo motifs, or reach 60mph from a standstill in the time it takes you to sneeze, but when has that ever helped anyone carry a Christmas tree and a boot full of fish across a frozen lake while being attacked by a bear?

Three million were produced between 1974 and 1993, the survivors now possessing a cult following that matches that of your average boy band. Volvo 240 enthusiasts won’t hear a slur said about the vehicles – and it’s not just about image. They honestly believe that the 240 makes for the greatest car money can buy; something else the supercar brigade can’t claim.

It might not be as glorious to look at as a Porsche 911, but what it lacks in the curvature department it more than makes up for with practicality. The estate version boasts a load bay the size of a small house. The absence of outright speed is compensated with the ability to cover Starship Enterprise mileage in almost every weather condition, with safety and structure decades ahead of its time.

Although basically an updated 140, the front end was overhauled to provide new suspension and a new face. As square as John Wayne’s jaw and able to withstand more punishment than Jay Kay’s clutch, the 240 racked up impressive feats within motorsport, winning the Australian, German and European Touring Car Championships and now gracing historic motor racing in droves. Their durability, reliability and popularity resulted in nearly 20 years in production, the last models built in late 1993 within Malaysian factories.

So, how is it holding up so far? Well, it’s constructed like a tank, safer than most supercars and can boast an impressive racing history. It can carry more than the ark and is tougher than any soft-roader. All for less than a new Apple Mac. You can pick one up for as little as £450 and get years of heavy work out of it.

On the downside, it is a bit of Leviathan to drive, with heavy steering and a body that rolls more than most boulders. Alright, it handles like an intoxicated hippo and is about as stylish as a snowplough, but the 240’s status as a timeless classic is certified.

A 240 is easy to insure, discreetly rapid in V6 form, spacious, robust, strong, sturdy, surprisingly economical and capable in a crash should the worst occur – it’s a classic that can do almost anything on the cheap regardless of form; estate, two-door coupé or four-door sedan.

Convinced? You can find loads of Volvos for sale here

Gallery: Volvo 240 for sale: indestructible European classic for under $8k