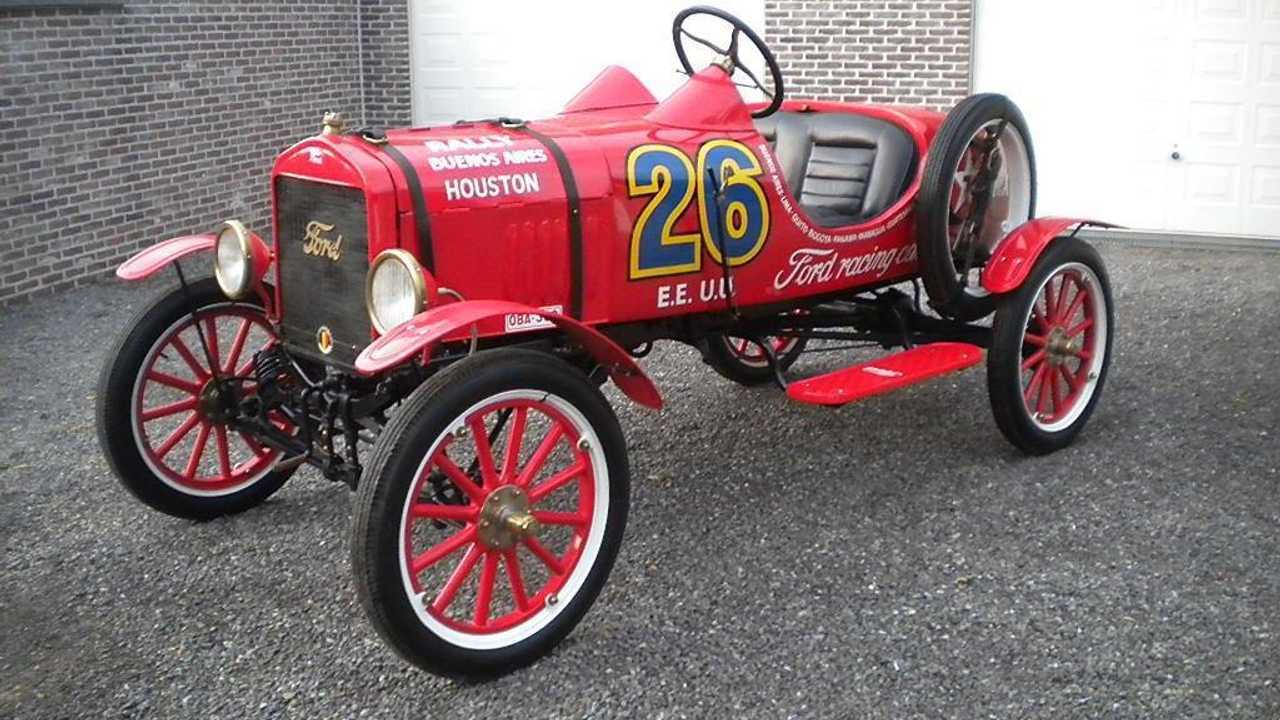 It might be basic, but this 1917 Ford Model T racer packs a punch. Ready to drive like a man? Here's how to buy it

To those obsessed with horsepower purely as a printed figure, Ford’s Model T offers the desirability of a Chinese burn. Churning out a paltry 20hp from the age-old 2.9-litre four-cylinder engine and capable of 45mph – downhill with a wind behind you, the revolutionary American people’s car could barely pull the skin off a rice pudding.

Except, all those bleating preconceptions about the Model-T offering lacklustre levels of excitement have clearly never clapped eyes upon this 1917 Ford racer. And it’ll take more guts than any F1 driver to pilot correctly. In fact, this machine separates the men from the boys.

While the 1917 Ford Model T racer appears rudimentary to the highest degree, it’s this aspect that hones true skill and mechanical sympathy. With a raw braking system and utilitarian gearbox, judgement and perception remains key to victory. There’s no electronic traction control, antilock braking system or stability assist; it’s just you and the car working together towards immortality.

Then there is the pace. Trust us on this one, nothing feels faster than a vintage car on the edge. Simply pushing beyond 30mph feels faster than any Bugatti Veyron at warp factor 7. With no doors and lack of windscreen, in town speeds can provide more thrills than any motorway blast behind the wheel of a Ferrari.

As such, on track adrenaline can’t be trumped. The guttural engine roar and drivetrain vibration cements more than a century of heritage firmly in place. There might not be any form of sound system, safety precaution or efficient care over the environment, but for feeling alive and revelling in the same kick enjoyed by a celebrated generation of pioneering racers, there's nothing quite like it.

No mortal, living eye has enjoyed the pleasure of seeing such a beast in action boasting the height of modernism. Times have changed, but the Model-T racer remains a direct link to a period where automotive innovation was in its infancy – an ideal most collectors yearn for.

Whether keen to engage in classic racing or simply looking for an investment, this 1917 Ford Model-T racer will offer guaranteed success for every trip. A delight to the eye and utterly unique, get a closer look at the Ford here.