You may not have noticed – but John Carpenter’s Christine is back! 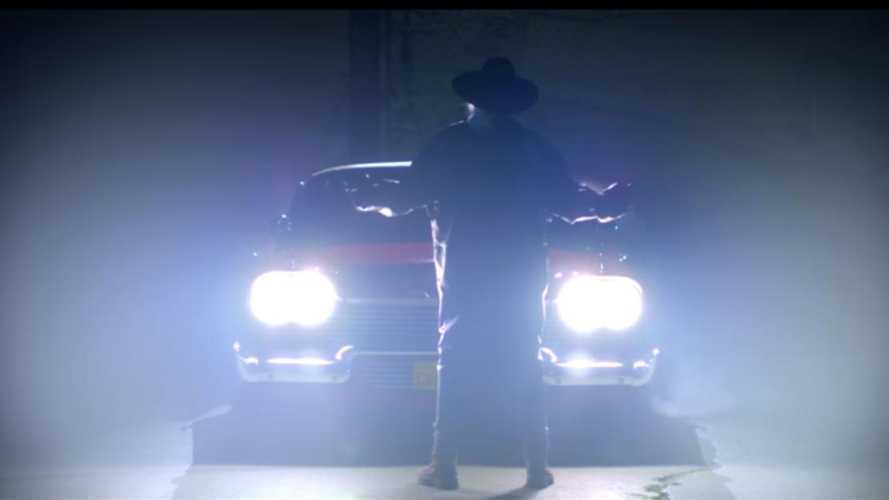 The murderous Plymouth Fury from Christine returned for a special music video directed by John Carpenter. Check it out!

It was the motion picture that changed our perception of classic car ownership. Based on the Stephen King novel of the same name, John Carpenter’s Christine examined the relationship young men have with their cherished classics – by turning the violence up to 11.

Released in 1983, the plot follows a sentimental yet vicious 1957 Plymouth Fury as it embarks upon a 110-minute assault against various Californian youths, and its effects on the car’s new teenage owner; Arnold ‘Arnie’ Cunningham.

Despite a lukewarm reception from critics at the time, John Carpenter’s psychological magnum opus was fast tracked to cult status. Now enjoyed by a new generation of petrolheads, fresh appreciation for the film’s automotive star has found swathes of replicas crafted from within the nation’s garages. Some have sold for eye-watering amounts at auction.

As such, the Plymouth Fury stands out as one of America’s most prominent vehicles. Even if Christine is, in fact, an imposter. She was never a 1958 Plymouth Fury. Christine was actually played by 24 different Plymouths, including a few Savoys and Belvederes, boiled down to make 17 copies of the film car.

Of all the cars used in the film, only two still exist. One is a stunt vehicle with manual transmission residing in a private California collection. The other vehicle was rescued from a junkyard and restored by collector Bill Gibson.

And it seems that this survivor was pulled out of retirement last year for a special one-off. Although the ending of the film was left on somewhat of a cliffhanger, John Carpenter returned for a brief continuation of the Plymouth’s story arc. This time hunting down a stranded motorist through the ominous streets of darkened downtown Los Angeles in a music video with a difference.

Don’t get your hopes up, though. John Carpenters first visual work since 2010’s The Ward wasn’t filmed to promote a sequel, but rather to promote John’s tour, where he performs the scores from his legendary horror films in front of a live audience. You can find out tour dates here.

Still, as the music video remains an official and canonical part of the Carpenter universe, it’s good to know that Christine is still out there…