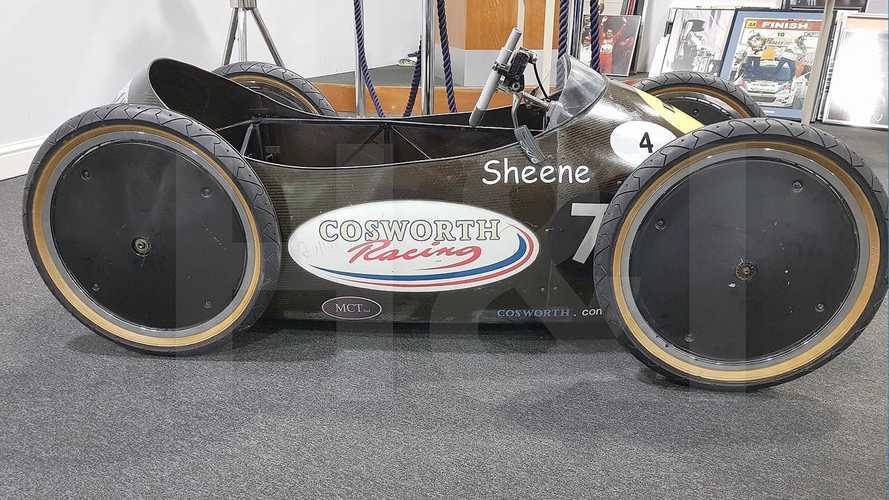 An online sale, ending November 9, is running with over 500 items from Cosworth's UK HQ – and there are engine parts starting at £10 each...

Renowned tuning and motorsport development specialist Cosworth, celebrating its 60th anniversary this year, is having a clear-out of old parts and memorabilia at its Northamptonshire, UK base.

The online auction has just gone live, and ends on November 9, with 529 items available. They range from a Toyota GT86 used as a development car for Cosworth tuning parts to minor engine parts with a starting bid of just £10.

The star lot for us is the soapbox, which was developed in-house at Cosworth for the motorcycling legend to race in Goodwood's first ever soapbox derby, at the 2000 Festival of Speed – less than three years before Sheene's death from cancer. It's carbonfibre, and carries not just Sheene's signature but also those of Martin Brundle and René Arnoux.

The Toyota GT86 is a 2012 model, with 50,000 miles showing, 22,000 of which have been covered with a Cosworth supercharger kit. it's been converted to KW Inox V3 coilover suspension, Cosworth big brake kit on the front, Whiteline polyurethane bushes and a full Cosworth 3in exhaust system and manifold.

Cosworth say that it's 'loud, stiff and has been taken apart quite a bit'. It also has an electrical issue thought to be due to a damaged wiring loom section between engine ECU and engine, which causes the car to occasionally go into limp-home mode.

There are plenty of useful engine parts for Ford, Subaru, Mitsubishi, Honda, Aston Martin and more, right down to cylinder liners, gaskets and oil pumps, as well as big brake kits for Subaru Imprezas.

The bits we like, though, are the more historical parts. Who wouldn't want a coffee table made out of a Cosworth CA F1 engine or a set of Cosworth DFV valves, for example? The starting bid for valves is just £10...

The auction is online here with H&I Auctioneers.