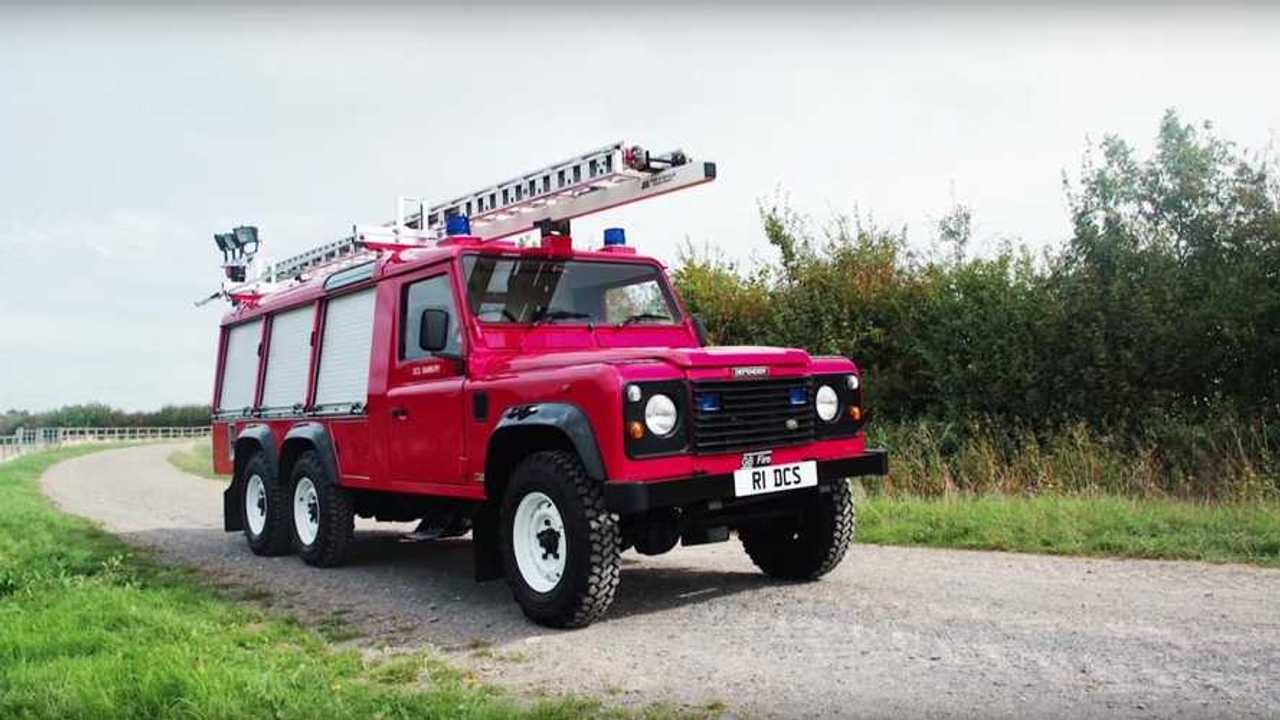 Remember when you were a car-obsessed kid and you’d draw all sorts of crazy creations on a blank sheet of paper? Supercars with rockets, SUVs with wings, monster-truck fire engines with six wheels. Well, you’re inner child will be pleased to know that the latter exists in the form of a recently restored Land Rover Defender 6x6 fire engine.

Carfection’s latest video stars a Land Rover that has lived most of its life at JLR’s Gaydon test facility and rarely driven on the road. However, it had spent most of its time outside where the elements did their worst to the ageing chassis.

ACH Classic needed to do substantial underbody restoration as well as apply a fresh coat of paint to this Defender. Then there was the water pump, essential for fire fighting, that had been left with water inside it and allowed to rot from the inside out.

After a steady application of tender love and care, ACH got the Land Rover Defender 6x6 fire engine up and running in ‘as new’ condition. This fully operational six-wheel drive vehicle can traverse terrain other fire engine simply couldn’t, making it perfect for dealing with forest fires. To do such a job it makes use of a new water pump that’s capable of drowning a fire at the rate of 2,000-litres of water a minute.

Power comes from a standard Land Rover 300 TDi engine with 111bhp and 195lb-ft of torque. Considering that this fire engine weighs 3.2 tonnes without carrying any water, it’s not particularly quick. Think of it like a glacier. Not the fastest thing in the world, but unrelenting.

Equipped with everything from spotlights and ladders to cutting equipment and hoses, this Defender is ready for any emergency.