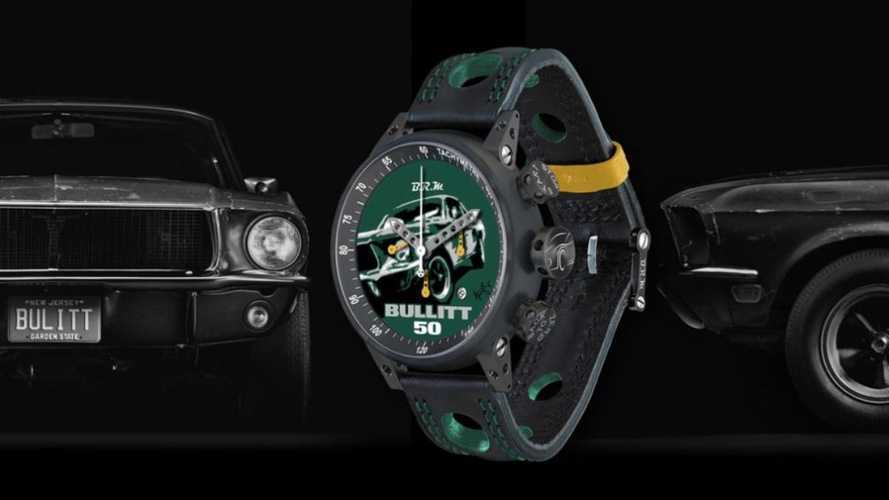 An awesome and totally unique Bullitt watch worth $35,000 is being sold to help raise money to fight Parkinson's disease

Bullitt has to be one of the most iconic films of all time. It had all of the ingredients needed to become the cult classic that it is today; great backdrop, the ever-cool Steve McQueen, and a Highland Green Fastback Mustang as the hero car. You might be surprise to find out that Bullitt hit the big screen some 50 years ago now!

However, there’s now a way to mark time’s passage while combining your love of this film. A bespoke Bullitt watch has been created, for which the proceeds of its sale will be going to charity.

Drive Toward a Cure has teamed up with watch maker BRM to create a one-off chronograph watch that celebrates this Bullitt milestone. Artist Nicolas Hunziker has created a remarkable piece of design on the watch face that stars the 1968 Ford Mustang GT 390 from the film.

Valued at $35,000 (£27,000, €30,500), it’s a great looking timepiece with gunmetal colouring and contrasting green accents to give it real character. The level of craftsmanship throughout looks solid, with the watch face being hand painted and the watch body milled from a solid block of aluminium.

All proceeds will be donated to the Michael J. Fox Foundation, which strives to help find a cure for the heartbreaking disease that is Parkinson’s. This charity raffle is in memory of Robert E. Kiernan Jr who owned the Bullitt Mustang since 1974 but sadly passed away in 2014 from Parkinson’s.

This is a truly worthy cause to help fight a disease that not only takes loved ones before their time, but also robs them of who they are. So head to the Drive Toward a Cure website to help fundraise and be in with a chance to own this unique watch. The aim is to sell at least 1,968 tickets, a number symbolic of Bullitt’s 50th anniversary.