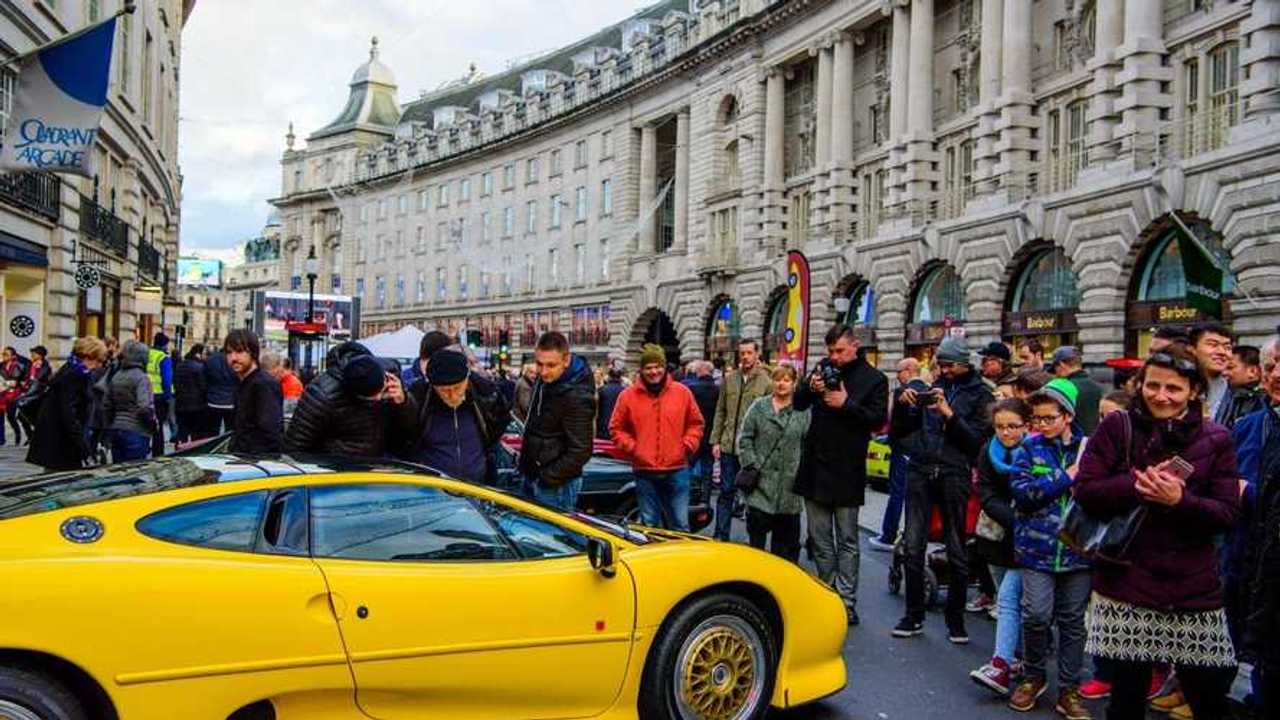 Regent Street in London is well known for its variety of luxury shops, lavish hotels, and its world-famous Christmas lights. However, once a year the road becomes even busier thanks to the four-wheeled attractions of the Regent Street Motor Show. This year a procession of iconic Jaguars will be on display.

The 2018 Regent Street Motor will take place on November 3 and will showcase over 125 years of automotive icons. By closing the street to traffic the cars can be displayed to over 500,000 visitors from all over the world. This year there’s added emphasis on Jaguar and the many anniversaries it is celebrating in 2018.

In 1948 the Jaguar XK120 was revealed at the British Motor Show at Earl’s Court. This two-seater roadster took the world by storm thanks to a reasonable price tag and its elegant shape. Performance was also impressive with the car being named after its top speed of 120mph, demonstrating its ability with a podium finish on the Monte Carlo Rally in 1951.

Also marking its 70th anniversary is the Jaguar Mark V which happened to be introduced alongside the XK120. This luxury saloon was bought by everyone from chauffeurs to heads of state, solidifying it as a truly regal classic. Both the XK120 and Mark V will be in attendance on Regent Street.

Celebrating 50 years since its unveiling at the Paris Motor Show in 1968, the much loved Jaguar XJ will be well represented. Something of a flag-bearer for the British brand, the XJ is still used by high-ranking officials in government today. One of every generation of XJ recently completed a road trip from the UK to the Paris Motor Show to mark the special birthday.

If you’re in the UK and plan to attend the Regent Street Motor Show, we’d strongly recommend also attending the London to Brighton Veteran Car Run that takes place the following day. It is one of the few opportunities to see cars, some over 100 years old, make such a journey.

The Regent Street Motor Show is open from 10:30am to 4pm on November 3 and is free to attend.