Buy the hot Volvo estate loved by a petrolhead musician 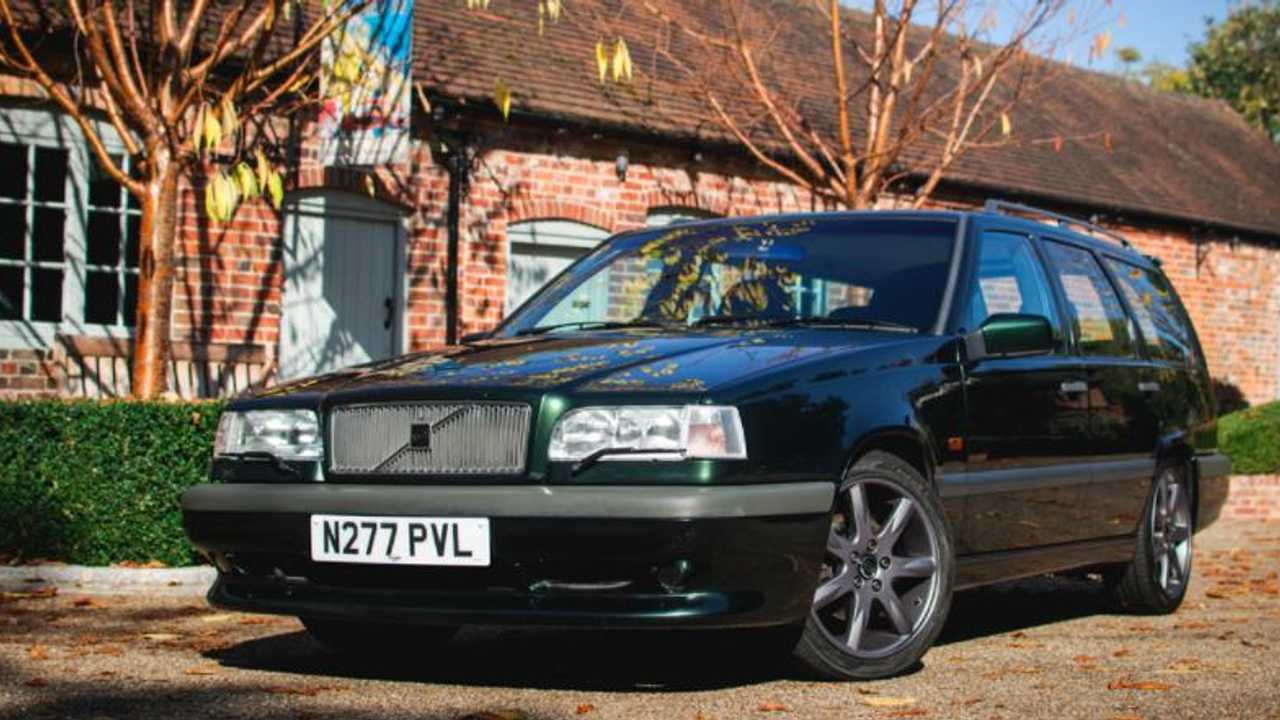 Volvos remain the steed of choice for garden centre staff and rotary dwellers, right? Not this one. This tarmac monster belonged to Jay Kay from Jamiroquai

Back when oversized sweaters and dungarees adorned global fashion catalogues and the Spice Girls were gearing up for their reign of terror, Volvo had a vehicle range rivalled for blandness only by cream crackers. If you sought excitement from Sweden’s safety-conscious brand, you had to set your 440 on fire.

Then, in 1996, someone brought what we can only assume was a bag of cocaine to the engineers briefing before stating plans for a high-performance 850 estate. By this point, the incredibly butch T-5R had already set the foundations for aggressive couch-carriers, yet the bigwigs had no plan for a direct successor. As a marketing ploy and showcase of abilities, the T-5R had run its course.

However, minds were changed as Volvo’s image pressed forward into the realms of performance car manufacturing. Rickard Rydell, driving for factory Volvo team run by Tom Walkinshaw Racing, claimed victory behind the wheel of Volvo’s steroid child in the British Touring Car Championship. Suddenly, a successor to the T-5R made perfect sense.

The new car may have been based upon the old T-5R, but it boasted a number of mechanical and aesthetic refinements. Christened the 850 R, original customers could choose between a five-door saloon or the totally bonkers ‘Sports Wagon’. Each option featured a 250bhp, 2.3-litre, 5-cylinder powerplant mated to a 5-speed manual gearbox and a limited slip differential as standard.

This was no grandpa wagon. Yobbos may have sneered upon catching site of the slab-sided monster idling at the lights, but with a 0-62mph sprint completed in only 6.5 seconds, the 850 R ‘Sports Wagon’ blew everyone away. Considering the block-like aerodynamics, a top speed of 158mph just goes to prove how much grunt this machine oozed.

Naturally, you’re going to want one – and Silverstone Auctions have the perfect example. Originally supplied new to Japan in right-hand-drive form, the Volvo arrived on UK soil in 2017. The car had recorded 53,000 km at that point and has now covered a further 14,000 km taking the total mileage to 67,000 km (41,000 miles).

Impressive? You bet. In fact, it was all too alluring for a certain musical petrolhead – Jay Kay, frontman of Jamiroquai. As part of his private collection, the Volvo benefited from some attention in March this year. Fitted with new CV boots, ABS sensors, cambelt and power steering rack, the demonic Estate also received a full service and new battery. Since then it has covered just a few hundred miles and is offered, ready to use, with a fresh MoT.

The ultimate ‘Q’ car? Judge for yourselves. Get a closer look here